A Sad Loss for Nevada Conservatives 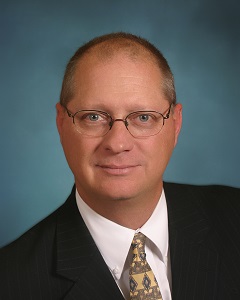 (Chuck Muth, Citizen Outreach) – A couple of years before I got into politics full time, I got into the passenger seat of a high-speed sports car that barreled down a 90-mile stretch of a lonely Nevada highway pushing 200 miles per hour.

In 1991, I had been hired by Phil Henry to videotape the Nevada Open Road Challenge – the only legal street race in the United States for high-performance cars.

I don’t remember the type of car I was in – probably a Porsche – but I do remember it was driven by a professional driver named Terry Herman.

“It happens every May and September.  The State of Nevada closes down 90 miles of Route 318 and more than 200 drivers from around the world converge on the little town of Ely in the central high desert of Nevada. Why do they come? To experience first-hand the adrenaline rush of driving flat-out on a public highway. Not just professional racers, but men and women from all walks of life, pursuing the Walter Mitty dream of speed, horsepower, and high performance.”

At close to 200 mph, an adrenaline rush, indeed!  Even from the passenger’s seat while looking through the lens of a Panasonic S-VHS camcorder.

And dangerous, to be sure.

In fact my driver, Terry Herman, died in the race the very next year when the car he was driving “left the roadway about 25 miles into the race, struck an embankment, rolled end-to-end and burst into flames.”

The day before the race, everyone converges on the little rural town of Ely. When I was there, the drivers would all park their cars on the football field in town and everyone had a blast checking out everyone else’s car.  It was a festival of sorts and, as the saying goes, a good time is had by all.

It was, indeed, an absolutely wonderful and unforgettable experience, and I videotaped three more races before getting into politics, shutting down my videography business, and losing touch with Phil.

Years later, Phil and I caught up to one another again.

Apparently he fell in love with Ely from the race days and moved there.  Not only that, he got swept into the tea party movement and became the Tea Party leader for Lincoln County.  That’s how he and I reconnected and he drove down from Ely and attended a number of our events in recent years.

So it was particularly sad to learn of Phil’s completely unexpected death on Monday afternoon.

Like many others, Phil was excited about how Donald Trump’s candidacy was driving the establishment Republicans nuts and we exchanged a number of emails on the subject just last week.

Phil was a solid conservative, but as genial of a gentleman as you’ll ever want to meet.  A fierce competitor who loved this state and this country and embodied the phrase “happy warrior.”

He was, quite simply, a good man.

Nevada conservatives have lost a true patriot and hero.  I was happy to know Phil, and proud to call him my friend.

RIP, Phil.  You made a difference.  And you’ll be missed.