A Summary of Key Problems We Face, and What to Do

A Summary of Key Problems We Face, and What to Do
Ron Knecht 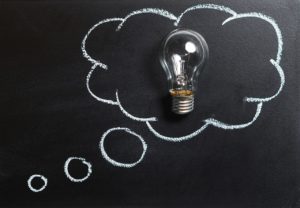 What are the main social, political and economic problems we face today?
I think they fall into two groups, economic-political and cultural.
The economic-political issues are the continuing and still growing over-reach of government, both domestically and in international affairs.  Domestically, this means excess spending, taxing and borrowing by government at all levels since about 1960 – an excess that keeps growing every decade.  These fiscal problems are enabled to some extent by the federal monetary policy of printing excess dollars and thus inflating the currency.
It also includes the ever-growing excess in regulation of all kinds – health, safety, environmental and economic.  Plus government expansion into ever more sectors of the economy as a direct provider of services that would better be served by private markets.
The growing regulatory and intervention excess together make up the bulk of the modern administrative state; combined with excess government spending, it depresses economic growth.  Slowing economic growth means people on average are less well-off than they would be without these excesses.  That is, government excess diminishes aggregate human wellbeing – and also fairness.
Thus, from the 1960s to the Great Recession, we had real per-person growth in incomes of about 2 to 2.5 percent per year.  During that time, the growing government excess was offset by favorable trends in population growth, labor force participation, debt both public and private, foreign trade and international economic growth.  These trends are somewhat organic, but also greatly influenced by public policy.
In this century, all those favorable trends have reversed or slowed, and growth in government spending, regulation, etc. has continued.  So, for the last decade, our per-person income growth has been less than half of what we all grew up with.
Per person real growth at 2 to 2.5 percent per year means that incomes, wealth and overall wellbeing double each generation.  That’s a recipe for real progress – new medical cures, better diets, living standards of all kinds – and for general human happiness.
Growth at less than half those rates is a recipe for unhappiness, economic stagnation, political polarization and social upheaval such as we’ve seen in recent years.  It will continue for as long as we have slow growth.  And with continued government excess and the other problems driven by public policy, these problems may last for a long time.
A particular aspect will exacerbate these problems in the future.  Generous payouts for social security, medicare, and pension and benefits systems constitute a transfer of income from young people to older folks.  These Ponzi schemes are, like all such schemes, unsustainable.  They will breakdown or blow up in the future, damaging many people, families and businesses, and producing more social and political upheaval.
What’s the government excess in foreign affairs?
With the collapse of the Soviet evil empire – which, thank goodness, we helped precipitate – our foreign and intelligence Deep State looked for new adventures to keep its numbers employed and growing.  The Deep State is the illegitimate child of the modern administrative state.
Certainly, Islamofascism is a major problem, but it doesn’t justify our continuous involvement in war in the Mideast and elsewhere, as favored by the Deep State.  The Trump Administration is doing much better than its predecessors in this matter.
It’s also promoting more strategic responses to our next major international problem, the ever-aggressive Chinese state.  However, despite Chinese theft of intellectual property and similar aggressions, a trade war and tariffs are not the answer.  They diminish overall human wellbeing here and in China.
Cultural problems?
Participation trophies, trigger warnings, safe spaces, etc. get more attention than they deserve.  But they are the tip of the spear, reflecting a softening of society, a cult celebrating victim status, corrosive identity politics, and a deep sense of entitlement.  These, coupled with government over-reach in social and political matters, are leading to an inversion of fundamental historic values and rights such as freedom of speech and religion, due process and the presumption of innocence, and Second Amendment self-defense.
What to do?
First, live a good life as a spouse, parent, friend, neighbor and citizen.  Second, stay politically active to leave all our children and heirs a better legacy and life.  For their sake, don’t give up.
Prev postNext post
Print
Related ItemsEconomicPoliticsRon Knechtsocial
Nevada
Ron Knecht