AB250: Democrat Bill to “Send a Poor Person to the Beach” — NOT a Joke

AB250: Democrat Bill to “Send a Poor Person to the Beach” — NOT a Joke
NN&V Staff

(Stephen Frank, California Political Review) – AB 250 is NOT a joke.  My long time good friend Bill Saracino dug up this gem of a bill—something that is suited as a joke for late night TV, not the Sacramento legislature.  A San Diego Assemblywoman believes that the poor are not rich enough to go to the beach.

“AB250 by Assemblywoman Lorena Gonzalez Fletcher of San Diego has been dubbed the “send a poor person to the beach” bill. Assemblywoman Fletcher has discovered a problem so pressing that it needs to be addressed before our crumbling infrastructure or unsustainable pension debt. The problem, as she frames it, is that “While the beach itself is intended to be free or inexpensive, ancillary expenses and social barriers often make it tough for low-income residents to enjoy a day on the sand. It’s heartbreaking to see lower-income families and middle-class families who never have seen the beach or enjoyed waking up to the sounds of tides and the salt in the air… It’s heartbreaking for me because it’s such a part of the California experience.”

The legislation would direct the state Coastal Conservancy to develop new, low-cost accommodations and improve existing affordable accommodations, with the goal of making a trip to the beach more accessible for families that don’t have a lot of money and might have to travel far.”

Are we talking about a day at the beach or a rental facility—affordable housing on the beach for “the poor”?  Wonder if anyone told Lorena Gonzalez Fletcher that California has a $1.5 trillion debt and the pension system is collapsing?  Oh, what is she going to do for the kids that living in Oakhurst, Boron or Twain Harte, so they can get to the beach?  Why do people have little respect for government? Lorena Gonzalez Fletcher. 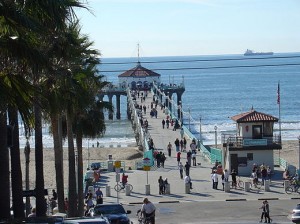 Stephen Frank is the publisher and editor of California Political News and Views.