(Fred Weinberg) – Yeah, the Associated Press actually has a woman who they call a “race and ethnicity writer”.  Her name, appropriately, is Errin Haines Whack. 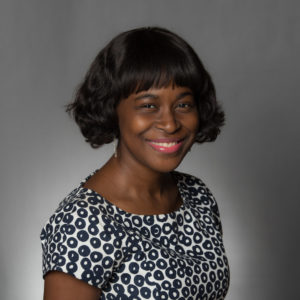 Of course, she is black.  White people have way too much privilege to write about race and ethnicity at a fake news factory such as the AP.  And, even though the AP is supposed to be a who, what, when, where news outlet, there she was, on Fox News, commenting the other day about reparations.  She’s for them.  I’m shocked.

Whack (really, that’s her name) apparently thinks that the idea of paying people today for what their ancestors suffered is a reasonable idea.

Here’s a basic problem with that absurd concept.  My ancestors came here fleeing the onset of Eastern Europe’s post World War One fascism.  They brought their skills and not much else.  Had they stayed in Poland, I might not be here today.  Nonetheless, being Jewish and all, they prospered, educated their young and assimilated.  White privilege my ass…

But, seriously, you want me and my sisters to pay people for slights of the past?  While OUR ancestors were busy fleeing the fascists?

Where are Whack and her friends like Corey Booker on nailing the life insurers who refused to pay out for Jews who were killed in World War Two concentration camps (look it up, AOC) because there was no death certificate?  Several of those insurers are domiciled now, right here in America.

What about the Swiss banks and other institutions who took what the Nazis looted from Jews such as valuables and art?

Do you really think those guys don’t use the American banking system?

And then there is the Chinese government which issued bonds before it became Red China, defaulted on those bonds in 1939 and owe them today.  Do you really think they didn’t use the predecessors of today’s Wall Street firms to sell that debt?  And do you really think that the successors of those firms aren’t selling Chinese debt today?

I’m realistic.  My ancestors are NEVER going to get back what the Nazis stole from them.  If I ever see a return on my China bond it will be because, as a group, we sue them until they cry Uncle Sam.  Not because we get any help from the government.

Sorry.  This nation lost over 800,000 souls on both sides ending slavery during the civil war.  That should be reparations enough.

NN&V StaffNovember 27, 2019
Read More
Scroll for more
Tap
President Trump Is NOT to Blame for Everything
Fiddler on the Roof: It’s about Fathers and Daughters
Skip to toolbar