Are We Doing What China Wants?
Penny Press 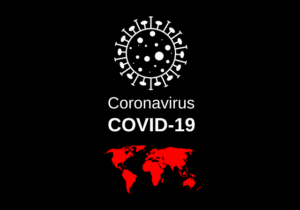 Image by Alexey Hulsov from Pixabay

(PATRICK NOHRDEN) – Are we doing what China wants? In the past twenty years, China’s economic and political clout grew by leaps and bounds.  From a backwater economy on par with most third world nations, China has become the second largest economy in the world with the world’s largest military.  America remains the largest economy in the world, far surpassing that of China, and until recently it looked like China could do little to attain the number one spot—at least until the Wuhan virus, COVID-19.

Before this week, most Americans looked to themselves for solution, economic or otherwise.  Despite the setbacks of the 2008 financial crisis, regardless of the buyouts and other aspects of the various financial stimulus legislation, America business clawed its way back, recovering from the Great Recession, made even more productive by the President’s tax cuts and deregulation.  We did well.  We had historic unemployment lows across all demographics, people were spending money at record levels, and, to borrow a phrase, there was a chicken in every pot.

About a month ago, the Wuhan virus sank its teeth into America’s neck, when suddenly residents of a nursing home in Washington State began dying from the virus, likely brought to them by a single health care worker.  And the virus spread its seraphim wings across the country, and scientists proclaim that it will infect half or more of the population leaving millions dead.  Of course these claims are absurd, because in China, with a population of close to 1.5 billion people, only 100,000 were infected (less than 0.007% of the population).  We learned that the virus broke out in Wuhan in early December (some reports set the date sometime in October), and Wuhan did not get “locked down” until January 23, 2020, a full two months after the outbreak began.  So if we can believe the Chinese government’s numbers, America should only experience about 22,000 infected and 880 deaths.  Are these numbers enough to justify shutting down our economy for two weeks, a month, longer?

Any death is bad, and we should be concerned whenever people die unexpectedly, especially from a new virus from China.  But people die, and more people die from other preventable events all the time, such as the 61,900 deaths from the flu in 2019 (CDC), or 36,560 traffic deaths in 2018, or the 3,554 industrial deaths between 2017 and 2019 (OSHA).  But the irrational fear of a virus allegedly from eating bats in China has brought this country to a near economic depression, all resulting from the government’s knee-jerk reaction to allay the panic of voters, and it’s working out perfectly for the Chinese government.

The father of modern China, Mao Zedong, once quipped about the 45-60 million people that died during his “Great Leap Forward” campaign and the 7 million that died during the Cultural Revolution that in every revolution people must die.  Despite the great loss of humanity, Mao slept well at night knowing that the millions that died helped him achieve a greater purpose for the future of China.  At the time, China was clamoring for international recognition, was working hard to obtain or develop nuclear weapons, and was still struggling to impose its Marxists-Leninist system upon a reluctant population.

Mao could not have planned a better scenario.  China is the manufacturer for the world, supplies most of our daily consumer goods, medicines, computers, and even weapons parts, and only lacks the ability to design and certain technology.  It has already threatened to withhold from us essential medicines, such as the 90% of antibiotics manufactured for the American market.  In the meanwhile, 80% of our service industry and even our stock market has come to a screeching halt.  With governors throughout the country ordering retail shops, restaurants, malls, gyms, grooming businesses, automobile dealers, etc., to close, the demand for everything we make in our revitalized factories will seriously diminish, and China will pass America as the number one economy in the world, all in a matter of weeks.

When the virus first made headlines in early January, Chinese media hypothesized that the cause was from eating whale meat.  Once an alert citizen pointed out that no whale meat was sold in Wuhan, the story changed to snakes.  Then it changed to bats, a perfect scapegoat, because nobody feels sorry for bats, and they are, after all, kind of creepy.  The problem with the whole bat thing is that bats are not eaten in Wuhan.  There may be places in China where people eat bats.  And there are countries where bats have been regularly eaten for hundreds of years.  But until recently, nobody ever caught a virus from eating them because nobody has ever eaten a raw bat.  They are cooked, and even if Chinese were eating bats, they would have cooked them.  I lived in China for 3½ years, and know firsthand that the Chinese cook nearly everything, including lettuce and cucumbers, notwithstanding a recent trend eat salad and sushi.  I know of no Chinese person would eat any kind of meat without cooking it first, especially wild animals.  But it must be bats, because that is what we were told by the Chinese government.

Then there that widely known fact that the Chinese army has a bioengineering lab on the outskirts of Wuhan.  It’s been there for years.  This is a place that manufactures microorganisms, such as bacteria and viruses.  However, the lab follows strict protocols and no virus has ever escaped from that lab.  We know this because the Chinese government tells us so.

I don’t blame the Chinese.  They are hardworking people who want the best for themselves and their children.  They want to own businesses, maybe even a car, and live a long, prosperous life.  I blame the Chinese government, a government that lies to its own people and to the rest of the world.  And I blame our own reactionary governments, federal, state, and local, who are having a feeding frenzy of power grabbing, quickly and easily turning our entire nation into one that relies upon the government.  This is what happens in newly formed communist governments.  The government starts taking away freedoms, such as the freedom to own a business (you cannot have one these days unless the government gives you permission to have one in the form of a business license).  The only problem with the Chinese people is that they enable their government.  Of course they have no choice.  The government took the people’s right to own guns decades ago.  Now when the police come to the homes of self-quarantining people to forcibly take them to a hospital, their only defense is to cough. 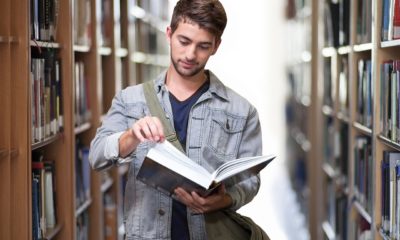 Ron KnechtFebruary 26, 2020
Read More
Scroll for more
Tap
We’ll Get Back to Smash Mouth Politics After We Fix COVID19
Skip to toolbar