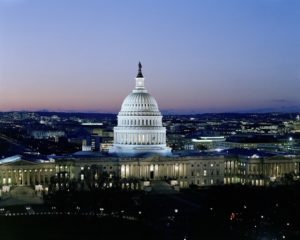 Nevada Attorney General Adam Paul Laxalt joined a bipartisan coalition of 55 other state and territorial attorneys general to urge Congress to reauthorize the Violence Against Women Act (VAWA). The attorneys general sent a letter earlier today to congressional leaders and the chairs of the Senate and House Judiciary Committees, urging lawmakers to vote to reauthorize VAWA before it expires this year.

“Since 2015, my office has applied for and been awarded over $7.6 million resulting from the Violence Against Women Act,” said Laxalt. “This funding has been used for important initiatives such as the multi-county cross-deputizing of prosecutors to specifically address and increase prosecution rates for domestic violence, dating violence, sexual assault and stalking, the development of more effective policies, and expansion of critical services such as shelter, advocacy, counseling, crisis intervention, and legal services. This letter urges Congress to take swift action to ensure this important Act remains in effect so it can continue to have an effect on our communities and the lives of our victims and survivors.”

The letter explains how VAWA has been used as a resource by states and non-profit organizations in need of grant funding. Since VAWA was passed in 1994 until 2016, over $6 billion in grants have been awarded to government and non-profit organizations across the country to fund training and assistance to address and reduce domestic violence, dating violence, sexual assault and stalking. The grants have also funded resources and services to assist survivors, prosecute offenders and facilitate partnerships between prosecutors, judges, advocates, community organizations and health care providers.

In their letter, the attorneys general emphasized the importance of VAWA to reducing the rate of sexual violence toward women and addressing the devastating effects of these crimes. They urged Congress to continue funding for programs that have helped millions of domestic violence and sexual assault survivors.

To view non-profit sub-grantee recipients of the VAWA funding in Nevada, click here.

The Center SquareJanuary 13, 2020
Read More
Scroll for more
Tap
Bill to Protect Nevada’s Communities From Sex Offenders
What if Susie Lee did a Real Interview with a Real Journalist who Asked Real Questions?
Skip to toolbar