(Thomas Mitchell) – When Donald Trump released a position paper on immigration earlier this month, he could not resist taking a potshot at Nevada’s Sen. Harry Reid.

“End birthright citizenship. This remains the biggest magnet for illegal immigration. By a 2:1 margin, voters say it’s the wrong policy, including Harry Reid who said ‘no sane country’ would give automatic citizenship to the children of illegal immigrants,” Trump’s policy paper states. 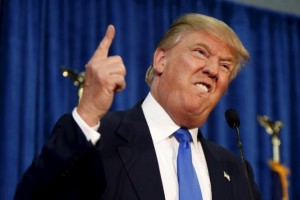 Yes, Reid used those very words, “no sane country,” though it was in 1993, and, as with so many things, Reid has “evolved” since then.

“If making it easy to be an illegal alien isn’t enough, how about offering a reward for being an illegal immigrant? No sane country would do that, right? Guess again. If you break our laws by entering this country without permission and give birth to a child, we reward that child with U.S. citizenship and guarantee access to all public and social services this country provides,” Reid said on the floor of the Senate in 1993 in support of a bill that would eliminate so-called birthright citizenship. “Now that’s a lot of services. Is it any wonder that two-thirds of the babies born at taxpayer expense at county-run hospitals in Los Angeles are born to illegal alien mothers?”

Reid called the proposal “Vitter’s stupid amendment.” A similar bill has been introduced in the House.

Birthright citizenship is the result of an 1898 Supreme Court interpretation of the 14th Amendment, which, begins: “All persons born or naturalized in the United States, and subject to the jurisdiction thereof, are citizens of the United States and of the state wherein they reside.”

The 14th Amendment itself was passed to rectify an 1857 Supreme Court ruling, Dred Scott v. Sanford, which denied citizenship to Dred Scott, a slave, but also to all African-Americans, whether slave or free.

In 1882 Congress passed the Chinese Exclusion Act, which barred Chinese legally living in the U.S. from being deemed citizens.

In 1898, the Supreme Court in U.S. v. Wong Kim Ark ruled 5-4 that a child born in the United States of parents of Chinese descent is a citizen by virtue of birth under the 14th Amendment. At the time there was no such thing as an illegal immigrant.

Some have argued that because of this 1898 ruling it would take a constitutional amendment to end birthright citizenship, but Wong’s parents were in the country legally and the court never overturned the Chinese Exclusion Act, which was repealed by Congress in 1943.

So, it could be argued that Congress has the power to define who qualifies for citizenship merely by passing a law.

Earlier this year in testimony before Congress, John C. Eastman, a law professor at Chapman University and founding director of the Claremont Institute Center for Constitutional Jurisprudence, explained the origin and meaning of the 14th Amendment citizenship clause. 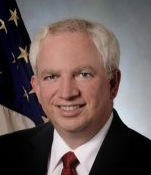 “Historically, the language of the 1866 Civil Rights Act, from which the Citizenship Clause of the Fourteenth Amendment (like the rest of Section 1 of the Fourteenth Amendment) was derived so as to provide a more certain constitutional foundation for the 1866 Act, strongly suggests that Congress did not intend to provide for such a broad and absolute birthright citizenship,” Eastman testified.

“The 1866 Act provides: ‘All persons born in the United States, and not subject to any foreign power, excluding Indians not taxed, are hereby declared to be citizens of the United States.’ As this formulation makes clear, any child born on U.S. soil to parents who were temporary visitors to this country and who, as a result of the foreign citizenship of the child’s parents, remained a citizen or subject of the parents’ home country, was not entitled to claim the birthright citizenship provided in the 1866 Act.”

It appears to be up to Congress to decide, as Harry Reid once argued.

NN&V StaffNovember 19, 2019
Read More
Scroll for more
Tap
Gingrich: Don’t focus on Trump. Focus on the American People
Bunce: We can do better
Skip to toolbar