Dear NRCC Members: Come Out, Come Out, Wherever You Are!

Dear NRCC Members: Come Out, Come Out, Wherever You Are!
NN&V Staff 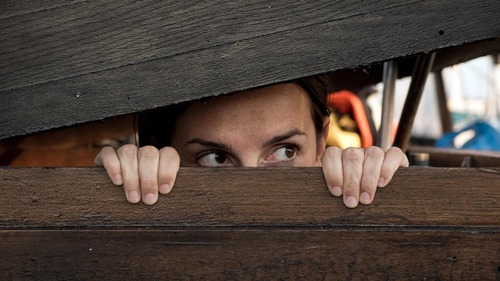 (Chuck Muth) – OK, I’ve REALLY tried to stay out of the brouhaha over next month’s election of new officers for the Nevada Republican Central Committee (NRCC).

Then one of the candidates for chairman, Dave McKeon, decided – in all his overwhelming brilliance – that letting a sleeping dog lie was a dumb strategy.

As such he recently came after me for uncovering and exposing SIX YEARS AGO public allegations against him for domestic violence and abuse.

Frankly, up to that point I couldn’t have cared less about this chairman’s race and wasn’t involved in any manner whatsoever.

But then McKeon…who, by the way, is the candidate favored by Jon Ralston, Nevada’s #2 liberal blogger, fake news king and all-around conservative-hating jackass…just had to open his big, fat mouth.

In the immortal words of that great intellectual philosopher Homer Simpson: “D’oh!”

So now I’m back in the saddle again.  Let’s rock…

The election will be held at the party’s scheduled fall meeting in Winnemucca on Saturday, September 7th.  And as an experienced, highly-trained political operative I know the first order of business for any kind of campaign is to obtain a list of the voters.

So I went to the Nevada Republican Party’s website to get the list of NRCC members who will be voting on September 7.  But guess what I found?

I just want the names of the 300 or so voting members of the NRCC who will be electing the party’s officers in Winnemucca on September 7.  That’s all.

No joy.  Apparently, it’s some kind of state secret.

Indeed, I’m told that a number of NRCC members don’t want anyone to know they’re NRCC members – I guess to avoid having to answer questions or take comments from the Republican voters they represent.

Make no mistake.  The list exists.  Everyone who will be attending the September meeting has to check in and get their “credentials” before being allowed to vote.

It’s just that…well, you and I can’t know who they are.

It’s like some kinda of secret society (maybe even with a secret handshake!).

Hell, there’s more transparency on the members of the Council on Foreign Relations.

If, as a registered Nevada Republican voter, I wish to lobby the members of the party’s governing board – either for or against a candidate for chairman or any other office – I should at least be able to access the list of who the voting members are.

Look, if the private National Association of Rhubarbers want to keep their membership list private, fine.  But that’s not what we’re talking about here.

We’re talking about the governing body that represents every single registered Republican voter in the entire state of Nevada.  As such, you should NOT be allowed to hide your membership on that board from the public.

Seriously, if you don’t want your name publicly associated with the NRCC you have no business even being ON the NRCC.

Look, I think it’s pretty obvious I have absolutely no regard whatsoever for “Dave for Himself” McKeon.

He’s a slick, narcissistic, double-talking, fork-tongued weasel who would sell conservative Republicans out for 30 pieces of silver.

But I mean that in a good Christian way.

If I had my druthers this political snake-oil salesman would be tarred, feathered, drawn, quartered and shipped back to his native California on a rail with a “Bernie!” bumper sticker slapped across his wazoo.

It is patently unfair that the list of every NRCC voting member is denied to non-incumbent candidates – even bozos like McKeon.

Indeed, what kind of victory is it if you force your opponents to play against a marked deck while wearing a blindfold?

Yes, PUH-LEASE beat Dave McKeon like a drum.  But do it fairly, squarely and on a level playing field.  Give him, and everyone else – including me! – a copy of the membership list.

That’s all for now.

But, no.  Oh, no.  I’m not done with this intra-party fuster-cluck by any means.  Not by a longshot.

Yes, I’ll be on a working/camping vacation for the next two weeks up at Lake Tahoe with the family.

But I have a LOT more to cover as it relates to these September 7 officer elections – including a few choice (naughty) words about the chicken-sh*ts who recently put up an ANONYMOUS website attacking a new friend of mine who’s involved in one of the races.

Trust me, it ain’t gonna be pretty.

Strap in and buckle up…because some dumbass awakened this sleeping giant!

It just needed to be said.