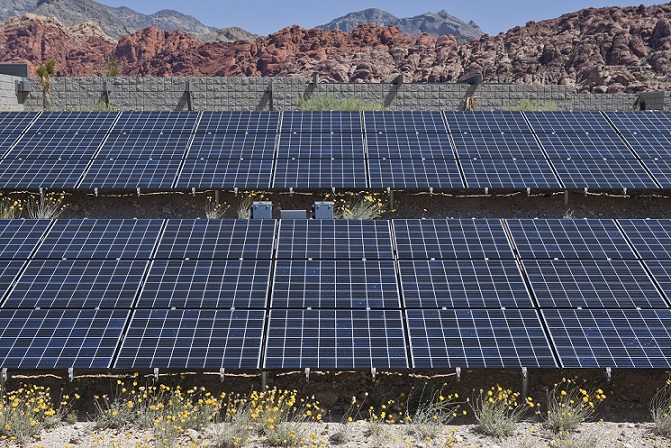 (Chantal Lovell of NPRI) – Short of activists, academics or those who work in the energy field, most Nevadans don’t have time to sort through the energy regulations that drive up the cost of their monthly electric bills.

But in the coming years, Nevada’s destructive energy policy will become an unavoidable reality for over 2,600 hard-working Nevada residents and harder to ignore for all rate payers. That’s thanks to Senate Bill 123, a law passed by the 2013 Legislature ordering the Silver State’s energy provider, NV Energy, to close down its remaining coal-fired power plants by 2020.

This move will leave 2,630 people without jobs by 2020 as energy rates skyrocket, according to a new study commissioned by the Nevada Policy Research Institute and conducted by The Beacon Hill Institute at Suffolk University.

As businesses and families adjust their spending to account for the losses of jobs and the increase in prices, real disposable income within the state is expected to drop by $226 million per year. Investment is forecast to drop by at least $29 million annually, though some expensive renewable energy projects may provide a mild offset.

Making the situation worse is that SB123 is being implemented on top of a 1990s law that requires Nevada make a significant shift toward using renewable energy. In 1997, state law was amended to implement a Renewable Portfolio Standard that requires 25 percent of the state’s electricity be provided by a renewable source by 2025. Of that energy, 6 percent must come from solar.

Those legislatively mandated renewable portfolio rules are already costing ratepayers millions of dollars and thousands of jobs, according to a previous Beacon Hill study that NPRI commissioned and released.

All these losses come because the State of Nevada has told its energy utility that it may no longer use energy sources that have served consumers for decades and must instead replace them with more socially acceptable technologies.

What’s happening in Nevada is a microcosm of what will occur across the country as states move to abide by the EPA’s new regulations, which order states to reduce their carbon emissions, similar to what Nevada is doing through its self-imposed limits.

Supporters of such mandates claim abandoning the use of coal and moving to renewable sources will stimulate the economy through the creation of “green” jobs. But as the studies by Beacon Hill and others make clear, jobs are not being created on net, but lost. Furthermore, because utilities can make up the cost of shifting technologies through rate hikes that cannot be effectively protested by customers forced to buy the Nevada state energy monopoly’s product, regulations on energy, for all intents and purposes, become regressive taxes on those who can least afford to pay them.

Rather than expanding regulations that hurt working people and the economy, Nevada and other states should look to Texas, which has aggressively sought to deregulate electricity. In 1999, the Lone Star State passed Senate Bill 7 laying the framework for deregulation and requiring full retail competition by 2002. Thanks to that move, Texas consumers now enjoy the nation’s least expensive electricity; in every part of the state, electric rates are at least three cents per kWh lower than the national average.

Nevada’s regulatory structure guarantees a protected monopoly a rate of return based on the costs to provide services, thereby incentivizing the utility to support onerous mandates like those detailed above. By allowing competition in the production, transmission and distribution of electricity, Nevada could bring down its energy rates, which are among the highest in the West. As with any market, consumers who are given the choice tend to bypass inefficient companies and instead patronize those that offer the quality of product they want for the price they can afford. The same would be true with energy.

Deregulated energy does not mean unregulated energy, or even the end of renewable energy. In fact, loosening the government’s hold on energy production and sale could help speed up the day when we see truly sustainable energy — as is currently happening on the wholesale market — and the day when both energy providers and consumers can flourish.