Fellner: We Shouldn’t Have to Ask Permission to Work

Fellner: We Shouldn’t Have to Ask Permission to Work
NN&V Staff

(Robert Fellner, NPRI) – Wouldn’t it be great if there was a magic bullet that would simultaneously raise wages and employment while also lowering prices for consumers?

In fact, those are just some of the benefits that reforming overly burdensome occupational licensing laws would provide, according to a report published by the White House Council of Economic Advisers, the Department of the Treasury and the Department of Labor.

In Occupational Licensing: A Framework for Policymakers, the authors observe that “the current systems of licensure…prevent workers from succeeding in the best job for them,” leading to an inefficient labor market and reduced economic growth.

This is especially true in Nevada, where excessive fees and extended mandatory training periods make the Silver State one of the most “onerously licensed” states in the nation, according to a 2012 study by the Institute for Justice.

Licensing laws are appropriate for professions that carry a substantial risk of physical harm. But Nevada’s go far beyond that narrow scope. In fact, nearly 31 percent of the Silver State’s workforce must first obtain government approval in order to work — the second highest rate nationwide. By comparison, the national rate back in the 1950s was only 4 percent.

For many of these professions, licensing is simply inappropriate. Consider the 2011 law that made it a criminal offense to practice music therapy without a license. But even for professions where licensing is appropriate, Nevada is often far too burdensome — with exorbitant fees and prolonged training periods that bear no relationship to the regulation’s alleged purpose of safeguarding “life, health, and property.”

Yet an emergency medical technician can receive a license after only 26 days of education.

General contractors — such as painters, cabinet makers, and pipe layers — must pay a national-high $1,030 and lose four years to an apprenticeship before the State will permit them to work.

And then there is the most egregious form of industry protection in the country: Nevada’s licensing of interior designers, a profession for which 46 other states rightly require no license at all. Nevada demands payment of a $250 fee and six years of education or experience before one is allowed to dispense such potentially dangerous advice as which sofa or coffee table would go best with the living room décor.

The harm caused by these laws runs deep.

A just-released Arizona State University study finds that states with the heaviest licensing burdens experienced higher levels of recidivism than their counterparts. This validates the common-sense intuition that limiting access to gainful employment only makes it harder on those trying to rebuild their lives.

What caused such a proliferation of unjust and harmful laws?

Decades of empirical research has found that the “degree of political influence” is “one of the most important factors in determining whether States regulate an occupation,” according to the authors of the White House report. In other words, excessive licensing laws are often advanced by industry insiders — who directly profit from the ability to legally exclude potential competitors. This is cronyism at its worst. Government should be facilitating Nevadans’ desire to earn an honest living, not restricting them so that the politically connected may profit.

Many of the licensing requirements for professions such as interior design and musical therapy should simply be abolished. For those professions where licensing is appropriate, the fees and education requirements should be reduced dramatically to align better with genuine safety risks.

The Institute for Justice has designed model legislation to do just that. It’s a great resource for any legislator seeking to help create jobs, boost Nevada’s economy and, most importantly, restore Nevadans’ right to earn a living without being burdened by excessive governmental fees and restrictions.

Robert Fellner is the director of transparency research at the Nevada Policy Research Institute. 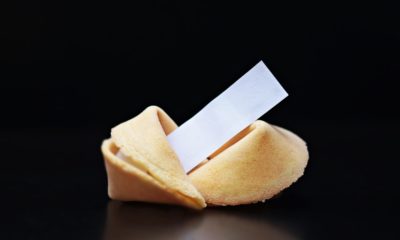 Ron KnechtJanuary 29, 2020
Read More
Scroll for more
Tap
Cronyism Touted, But More Good News on Education
Super Bowl winners will each get $107,000 — and pay no state income tax on it
Skip to toolbar