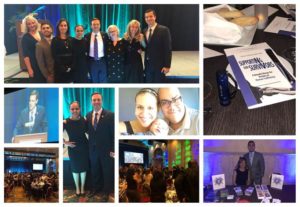 Nevada Attorney General Adam Paul Laxalt announced that his office, in conjunction with the Nevada Trucking Association and Soroptimist International of Truckee Meadows and Washoe County, will host the Fifth Annual Benefit Dinner for Survivors of Human Trafficking on August 23, 2018 at the Silver Legacy Casino. The benefit will include a dinner and silent auction to raise funds for survivors of human trafficking in the State of Nevada. In addition to AG Laxalt, survivor Leah Albright-Byrd will be the evening’s keynote speaker. Albright-Byrd is the founder of an organization that aimed to educate the public about the dangers of trafficking and provided trauma-informed support to survivors and their families. She now continues her activism through documentary films and training workshops throughout the country. Other speakers include community leaders such as Executive Director of Awaken, Reno Melissa Holland and Reno Police Detective Derek Jones.

Since taking office, AG Laxalt has co-hosted four benefit dinners, raising a total of over $185,000 for Nevada’s Victims of Human Trafficking Fund. The account was created with the passage of Assembly Bill (AB) 311 authorizing the Department of Health and Human Services to create an account that that allocates money to nonprofit corporations and agencies benefitting victims of human trafficking. The account is entirely donation based, and helps Nevada’s victims in emergency situations such as temporary housing or transportation costs.

“Each and every dollar of the more than $185,000 that my office has helped raise sends a message of hope and support for Nevada’s survivors of human trafficking,” said Laxalt.

In April of this year, an inaugural Benefit Dinner for Survivors of Human Trafficking was held in Las Vegas. More than 300 individuals attended, and $55,590 was raised for the State’s human trafficking fund as a result of the dinner. The night’s keynote speaker, Sarah-Jane, spoke about her cycle of abuse and how she finally managed to escape the grip of her traffickers. She later went on to found the Stand 4 Justice Movement which conducts regular outreach events, mentoring and trainings with law enforcement in an effort to promote education and awareness about the sexual exploitation of women and children. Each attendee was provided with a flashlight that night and encouraged to Be the Light for survivors, and commit to raising awareness about this growing epidemic.

What is Human Trafficking:

According to United States federal law, human trafficking is defined as (A) sex trafficking in which a commercial sex act is induced by force, fraud or coercion, or in which the person induced to perform such act has not attained 18 years of age; or (B) the recruitment, harboring, transportation, provision, or obtaining of a person for labor or services, through the use of force, fraud or coercion for the purpose of subjection to involuntary servitude, peonage, debt bondage or slavery.

To report instances of human trafficking, call the National Human Trafficking Resource Center Hotline at 1-888-373-7888. The National Human Trafficking Resource Center is a national, toll-free hotline available to answer calls from anywhere in the country 24 hours a day, 7 days a week. Individuals may also call the U.S. Department of Justice Hotline at 1-888-428-7581 or call the local authorities. To learn more about human trafficking, the warning signs, and how you can help fight this epidemic, visit the Office of the Nevada Attorney General’s website here.

For more information on the Nevada’s Victims of Human Trafficking Fund or how to make a tax-deductible donation, visit the Nevada Department of Health and Human Services website here or call 775-684-400 or 702-486-4631.