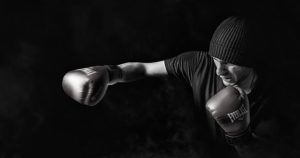 Nevada Attorney General Adam Paul Laxalt, along with a bipartisan coalition of 34 Attorneys General, called on the Federal Communications Commission (FCC) to create new rules to allow telephone service providers to block more illegal robocalls being made to unsuspecting consumers in Nevada and across the country.

The formal comment to the FCC explains that scammers using illegal robocalls have found ways to evade a call blocking order entered last year by the FCC – following legal action by various attorneys general. Despite the FCC’s order, robocalls continue to be a major irritant to consumers in Nevada and across the country. In 2017, the Federal Trade Commission received 4.5 million illegal robocall complaints – two and a half times more than in 2014. The Office of the Nevada Attorney General’s Bureau of Consumer Protection receives complaints each year with respect to illegal calls, including scam calls, telemarketing complaints, and robocalls.

“Illegal robocalls scam unsuspecting Nevadans out of their hard-earned money,” said Laxalt. “While these scammers are extremely difficult to track, my office is doing its part to influence policy decisions to rein in robocallers.”

One tactic on the rise is “neighbor spoofing,” a technique that allows scammers to disguise their identities, making it difficult for law enforcement to bring them to justice. “Spoofers” can manipulate a call, regardless of where the call originates, to appear on a consumer’s caller ID as being made from a phone number that has the same local area code as the consumer. This manipulation of caller ID information increases the likelihood that the consumer will answer the call. On Nov. 17, 2017, the FCC issued the 2017 Call Blocking Order, which a group of 30 other attorneys general and AG Laxalt had encouraged the FCC to adopt.

To date, the FCC has not issued a notice of proposed rulemaking concerning additional provider-initiated call blocking. The attorneys general anticipate that further requests for comments will take place on this subject.

The Center SquareJanuary 28, 2020
Read More
Scroll for more
Tap
Autumn 2018 in Northern Nevada: Calm before the Storm?
Yes To Not-So-Silent Majority…No To Dems’ Politics of Destruction
Skip to toolbar