Keep America Great: The Summer of Our Politics

Keep America Great: The Summer of Our Politics
Ron Knecht
Swathed in an elegant suit of red, white and blue and enveloped by a huge  crowd of the same beautiful hues, President Donald J. Trump announced his re-election campaign Tuesday night. 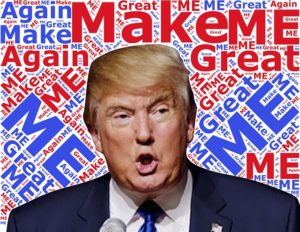 After reviewing the failures and treachery of his opposition and the Fake News, he counted at length  the accomplishments of the American people and his administration.  He ushered in the summer of our politics, economy and culture and outlined the challenges we face and how we will Keep America Great.
Of course, the lamestream media couldn’t focus on anything but Trump’s deserved criticism of them and the reptiles of Washington’s political swamp.
“Jabbing at the press and poking the eye of the political establishment he ran against in 2016, President Donald Trump officially kicked off his reelection campaign Tuesday night with a grievance-filled Florida rally that focused more on settling scores than laying out his agenda for a second term,” said AP in its story immediately after the speech.
And that’s completely a lie.
The truth is he focused mainly on how we’ve made America great again and what we’ll do in his second term to keep America great.
He started by saying our movement is made up of hard-working patriots.  Next, he pointed out our country is thriving, prospering, booming and soaring to new heights.  He added, “Our future has never looked brighter or sharper.”
We’ve reclaimed our government from a permanent political class that has enriched itself at the expense of the American people.  We’ve transferred power back to you, the people of the USA.  We’ve restored the future America deserves.
Yes, he observed his opponents are driven by hatred and rage.  The truth of that was encapsulated in Hillary Clinton’s calling half of America “deplorables and irredeemables.”
He noted the progress he and the senate have made in restoring a competent non-political judiciary that promotes the rule of law, not politics from the bench.  Despite the vicious attacks against a great jurist, Brett Kavanaugh.
He discussed at various points the progress we’re making on the human tragedy of massive illegal immigration and initiatives he will be proposing.  He announced a July 4th celebration of America in Washington.
In officially announcing his reelection campaign, he promised, “I will never, ever let you down.”  He promised his heart, mind and soul.  He observed the essence of his administration has been keeping his promises and not being co-opted by the special interests. And he generously shared credit with many folks for the progress we’re making.
He emphasized the progress on unemployment: lowest figures ever for African Americans, Hispanic Americans and Asian Americans.  Lowest rates in 74 years for women.  And wages are rising, especially for low-income workers.
These results are due to cutting and reforming the onerous and unnecessary regulations that have long accumulated due to special interests and statist liberals and progressive ideologues.  Also to his historic tax cuts.  Further, he celebrated America’s energy independence, noting our air and water are cleaner than in many decades and better than most places in the world.
He pointed to crime policy reform, progress against opioids (thank you, Melania), right-to-try initiatives, and health care for military veterans.
He promised we’ll have fair trade and related relations with China, or none at all.  He highlighted the progress we’ve made with Mexico and Canada.  He discussed how we stand up to evil empires including Russia and Iran, where the Obama administration kowtowed to them.  He touted our relationship with the good nation of Israel.  And we support the people of Cuba and Venezuela against socialist oppression and poverty.
Yes, he noted that Democrats are driven by hatred and rage.  They want to keep us splintered and divided as they become ever more radical and unhinged.
He proclaimed, “America will never be a socialist country.  As Republicans, we believe in freedom, not socialism.”  President Trump defended free speech, religious liberty and the right to bear arms.
He opposes taxpayer funded abortions and said, “Republicans believe that every life is a sacred gift from God.”
Finally, he promised we’ll provide opportunity for our children and make America wealthy, strong, safe and great again.  But the lamestream press won’t acknowledge this summer of our politics.
Prev postNext post
Print
Related ItemsCampaignElectionPoliticsRon KnechtTrump
Government
Ron Knecht