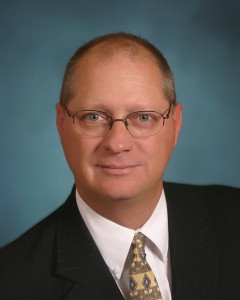 (Chuck Muth) – It wasn’t supposed to be like this.

When Republicans won the Governor’s office, as well as control of the State Senate and the State Assembly last November, Nevada taxpayers were supposed to be safe.  At least for this one session.

Indeed, for this one session – the first time the GOP has held all three lawmaking arms in 86 long years – you’d think the biennial rite of taxpayer pick-pocketing would at least be temporarily suspended and Republicans would get down to the hard but essential work of cutting non-essential spending.

In just the first month of the 2015 legislative session, Republicans have already voted four separate times in favor of a tax hike – and they’re just getting warmed up.  Grab your wallets and head for the hills!

Republicans in the Senate voted unanimously to bypass the people who originally voted for 10-year property tax hikes for schools and automatically extend those tax hikes for an additional 10 years (SB119).  This tax hike would transfer billions from homeowners’ pockets to the government.

Republicans initially sweetened this bitter tax hike with a provision banning the cost-inflating union welfare program known as “prevailing wage” for school construction projects.  As such, the bill passed with no Democrat votes.

However, some conservative Republicans in the Assembly opposed this massive tax hike even with the spoonful of prevailing wage sugar added.  So the GOP-led Senate introduced a new “emergency” bill (SB207) which kept the tax hike but removed the prevailing wage prohibition.

The new “clean” tax hike bill also passed, picking up the ten Democrats in the Senate but losing four of the eleven Republicans.

With the prevailing wage provision removed, the stripped down tax hike easily picked up all  seventeen Democrats in the Assembly, as well as, unbelievably, ten Republicans, including two – Speaker John Hambrick and Assemblywoman Victoria Seaman – who signed the Taxpayer Protection Pledge promising their constituents they would “oppose and vote against any and all efforts to increase taxes.”

Then, just days after sticking it to property owners, Republicans in the Assembly stuck it to hunters – one of their most loyal constituencies – by doubling the tax on elk hunting “tags.”  Only two Republicans – Assemblywoman Shelly Shelton and Assemblyman John Moore – voted against the Elk Tax (Assemblywoman Michele Fiore was absent, but would have voted “no”), which now moves to the GOP-controlled Senate where it will surely pass and be signed by the governor.

Mr. Muth is the publisher of www.NevadaNewsandViews.com and personally blogs at www.MuthsTruths.com.

NN&V StaffNovember 19, 2019
Read More
Scroll for more
Tap
Jeb Bush missed chance to meet with Adelson during Vegas trip
Gingrich: It Isn’t the E-Mails, It’s the Corruption; Congress Has to Find All the Facts
Skip to toolbar