Nevada has its lowest number of unemployment claims in two months as Gov. Sisolak declares state of fiscal emergency

Nevada has its lowest number of unemployment claims in two months as Gov. Sisolak declares state of fiscal emergency
The Center Square 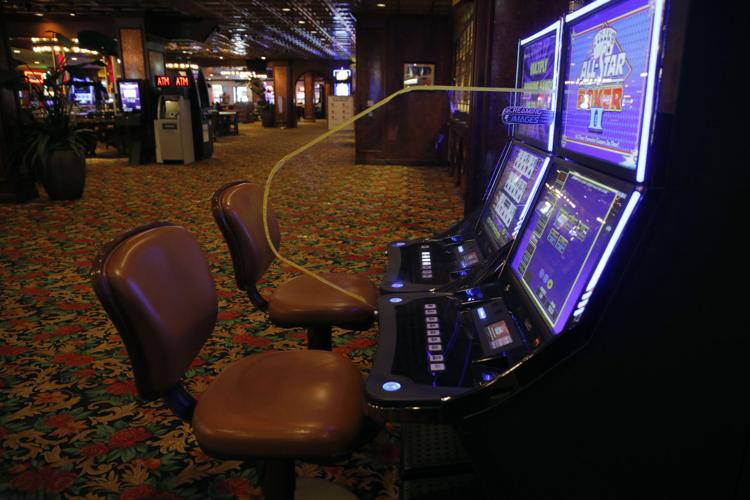 An acrylic gaming barrier is installed between electronic slot machines to protect people from the coronavirus at the El Cortez hotel and casino as it remains shuttered due to the coronavirus Wednesday, May 13, 2020, in Las Vegas. The casino has separated slot machines, installed barriers at blackjack tables, and introduced other safety measures in anticipation of reopening.
AP Photo/John Locher

(Derek Draplin) – New unemployment claims in Nevada reached the lowest number since the COVID-19 pandemic restrictions started two months ago, at 24,000 claims last week, according to new data from the U.S. Department of Labor.

Nevada saw 24,045 initial unemployment claims for the week ending May 9, 4,505 claims lower than the previous week.

The state’s seen over 436,000 new claims in two months, with a peak during the week ending on March 21, when more than 92,000 new claims were filed, according to the department’s data.

“In the week ending May 9, the advance figure for seasonally adjusted initial claims was 2,981,000, a decrease of 195,000 from the previous week’s revised level,” the department said in a statement.

Nevada’s economy, which relies heavily on tourism and entertainment, has been especially hard hit from the economic fallout caused by COVID-19.

Earlier this week, Gov. Steve Sisolak declared a fiscal emergency, with the state’s general fund projected to have a revenue shortfall of between $741 million and $911 million for fiscal year 2020.

“With the closure of Nevada businesses, including the gaming industry, that was necessary to protect the health of Nevadans, the drop in revenue is not unexpected and it is significant,” Sisolak said in a statement. “While we appreciate the additional assistance from the federal government to help address the immediate funding needs for the public health crisis, the state is now in a position where will be forced to make very difficult decisions.”