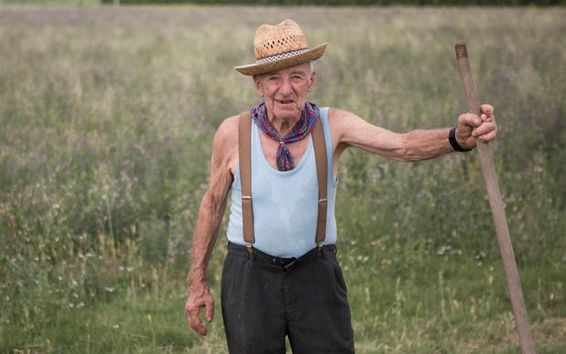 Hoping to fool rural Nevadans into believing he’s pro-gun, Clark County Commissioner Steve Sisolak went duck hunting in Elko. He shot and dropped a bird, but it fell into a cattle rancher’s field on the other side of a fence.

As Sisolak climbed over the fence, an elderly rancher drove up in his pick-up truck with a big “Laxalt for Governor” sign on the door and asked him what he was doing.

Sisolak responded, “I shot a duck and it fell in this field and now I’m going to retrieve it.”

The old rancher replied, “This is my property and you are not coming over here.”

The city-slicker commissioner said, “I have one of the best attorneys in the state on my campaign payroll, and if you don’t let me get that duck I’ll sue you just like I sued Clark County and take everything you own.”

The old rancher smiled and said, “Apparently, you don’t know how we settle disputes in Elko. We settle small disagreements with the ‘Three Kick Rule.’”

The rancher replied, “Well, because the dispute occurs on my land, I get to go first. I kick you three times and then you kick me three times and so on back and forth until someone gives up.”

Sisolak, a big burly man, quickly thought about the proposed contest and decided that he could easily take the old codger. He agreed to abide by the local custom.

The old rancher slowly climbed out of his pickup truck and walked up to the cocky Las Vegan.

His first kick planted the toe of his heavy steel-toed work boot into the Sisolak’s groin and dropped him to his knees. His second kick to the midriff sent the commissioner’s last meal gushing from his mouth.

The gubernatorial candidate was on all fours when the rancher’s third kick to his rear end sent him face-first into a fresh cow pie.

Sisolak summoned every bit of his will and managed to get to his feet. Wiping his face with the arm of his jacket, he said, “Okay, you old fart. Now it’s my turn.”

The old rancher smiled and said, “Nah, I give up. You can have the duck.”

Seems kind of odd for a state legislator to be proposing a bill to outlaw the state Legislature!

* * * Turns out schools and churches aren’t the only gun-free zones where murderers show up to wreak their carnage.  The shopping mall where the Jacksonville shooting over the weekend took place includes this prohibition…

“Possession of a weapon, even if legally carried (except by law enforcement officers) is absolutely prohibited on Landing property.”

When will the gun-grabbers ever learn?

* * * Democrat gubernatorial candidate Steve Sisolak is having a tough time closing the deal with his base.  Over the weekend we learned that his primary challenger, Chris Giunchigliani, is “not endorsing Steve.”

* * * Sisolak also appears to be having a tough time raising money for his campaign against Republican Adam Laxalt – who over the weekend wrapped up a hugely successful “Basque Fry” fundraising event at the Corley Ranch in northern Nevada.

In a desperate fundraising pitch on Sunday, Sisolak wrote, “I just checked in with Mandi our finance director about our August fundraising goal and, after she broke me the bad news, I wanted to give you a quick update.”

Sounds like some Democrat donors are starting to see the writing on the wall.

* * * The MGM Grand, which has brought “resort fees” and “paid parking” to the Las Vegas Strip, is now adding “forced tipping” by adding a 20% surcharge at its in-house spas.

Talk about trying to kill the goose that lays the golden eggs.

“What the establishment media doesn’t seem to comprehend is that Donald Trump’s supporters, conservative, populist voters, not just white Evangelical Christians, stick with him because they want results, and Trump, despite his personal foibles is delivering them.” – ConservativeHQ.com, 8/27/18