According to a news wire story today, John Schnatter started his Papa John’s pizza empire by “turning a broom closet at his father’s bar (in Indiana) into a pizza spot.”  A fantastic American entrepreneurial success story – akin to starting a technology company in a garage.

Unfortunately, Mr. Schnatter got on the wrong side of the Speech & Thought Police when he criticized certain anti-American NFL football players for taking a knee during the National Anthem last year.

As such, the corporation he founded sentenced him to virtual oblivion on the public stage – no more starring in his own commercials – and forced him into a version of “sensitivity training” to try to rehabilitate his image.

Now, according to a report in Forbes this week, during one of his “re-education” conference calls with a firm hired to ease him back from PR Siberia, Schnatter noted that KFC’s “Colonel Sanders called blacks n—–s.”

According to the Forbes article, some folks on the call were offended – and Mr. Schnatter admitted that he did, indeed, use the word in the context of quoting someone else.

As such, the sensitivity training company subsequently quit and Mr. Schnatter has now been forced to resign as chairman of the board of the very company he founded as a young man out of his father’s broom closet.

Something’s not right about this.  There must be more to the story, right?

* * * Many of you may have seen a news report today that a proposal by Rep. Dina Titus (D-Abolish ICE!) to name a peak on Frenchman Mountain east of Las Vegas after a former Nevada state legislator was approved by the House Natural Resources Committee without the companion “Mount Reagan” included in the bill.

Don’t panic.  It ain’t over ‘til it’s over.  Lots of sausage grinding left to be done.

* * * It appears all but a done deal to hold the 2020 Republican National Convention in Charlotte, NC instead of Las Vegas after the Las Vegas Convention & Visitors Authority claimed we weren’t interested.  Apparently the Nevada GOP didn’t offer the LVCVA enough free “gift cards” to its high-paid management staff.

Always a bridesmaid; never a bride.

* * * During the GOP primary for attorney general, attorney and candidate Craig Mueller filed a RICO lawsuit against his opponent, Wes Duncan, over Duncan raising almost $200,000 for his campaign while still an employee of the Attorney General’s office.

Although Duncan won the primary, the lawsuit is still out there – which could be a major general election problem later this fall.

* * * It appears that former Nevada Assembly Minority Leader Paul Anderson – who is rumored to have quit his post last summer to take a job in the governor’s administration to avoid an extra-marital affair involving him and one of his staffers from being made public – is still pulling the strings for the GOP caucus, making Assembly Minority Leader Jim Wheeler-Dealer a LINO: Leader in Name Only.

As such, look for some Republican assembly candidates who could have/should have won to end up on the short end of the stick on November 6th.

* * * Speaking of the Assembly caucus, in response to Anderson/Wheeler-Dealer’s caucus declaring it wasn’t supporting the Republican nominee in District 36, Dennis Hof (one of my clients), in the general election – and threatening to assign him to the “bad boy” office if he wins anyway – Hof returned fire yesterday in typical Hofesque fashion.

* * * It appears the Clark County Elections Department has screwed up the mail-in redo election for the June 12 GOP primary election screw-up for the Clark County Public Administrator race.  There are reportedly already 1,400 ballots that have been returned which weren’t signed because the signature request was put on the outside of the envelope instead of on the ballot itself.  So look for a redo of the redo.

You had one job!

* * * Save the Date:  Next year’s annual Citizen Outreach cruise will once again be heading to Mexico – but this time we’re adding a day in Mazatlan instead of two days in Puerto Vallarta.  Also, instead of going for Mother’s Day in May, we’re gonna go April 6-13 to celebrate my 60th birthday – if I make that long!

“I love Maxine Waters.  Don’t get me wrong, I wouldn’t vote for Maxine Waters if she were the last living politician on the face of the earth.  That doesn’t diminish my gratitude every time she opens her mouth. More than welcoming her tirades, I just love them.” – John Philip Sousa IV, great-grandson of the legendary composer and the head of conservative PAC Stars and Stripes Forever 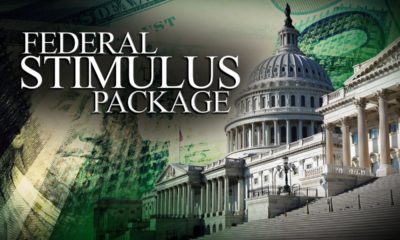 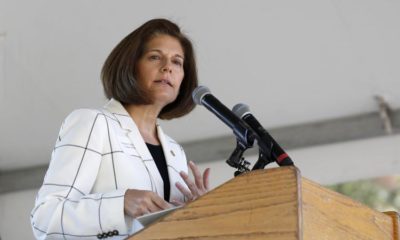 The Center SquareFebruary 24, 2020
Read More
Scroll for more
Tap
Trump Can’t Do Anything Right in View of Leftist Media…Except Continue to Win
All of Putin’s Men Could Not Have Invented Hillary’s Toxic Mouth
Skip to toolbar