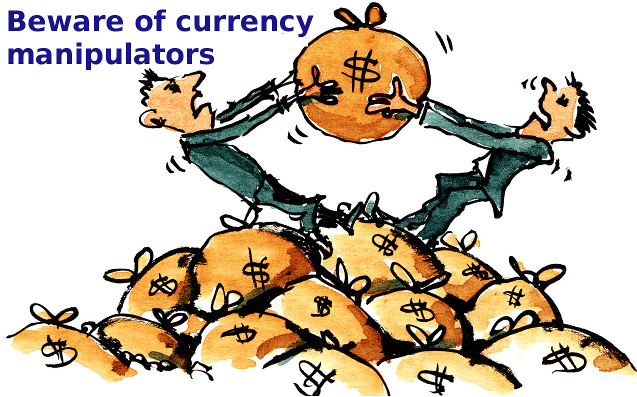 The proposed Trans-Pacific Partnership (TPP) continues to divide Congress for a number of reasons, including the agreement’s relative silence on the problem of foreign currency manipulation.  And while sugar is not a major component of the agreement, many of the concerns related to TPP mirror longstanding concerns related to reforming and/or eliminating the U.S. sugar program.

In debating TPP, Sen. Jeff Sessions recently observed that many of our allies and trading partners “are not religious about free trade” and wondered “whether or not our aggressive trading partners may be gaining unfair advantage.”

“In general, while they assert their desire is for expanded free trade, their actual policies seek fewer U.S. exports to them using non-tariff as well as tariff barriers. Our trade competitors use currency manipulation, subsidies, and other actions to expand their exports to us. Their goal is, naturally, to seek full employment in their countries while exporting their unemployment to the United States…”

In the case of sugar, major trade competitors such as Brazil, India and Thailand have long used both direct and indirect government subsidies to artificially lower their cost of sugar.  If not for the current U.S. sugar program of relatively minor tariffs and import quotas, foreign job creation in foreign sugar markets would, indeed, be at the expense of sugar jobs in the U.S.

Although not specifically addressing sugar, here’s how a Senate Republican aide described the general problem of unfair global trade practices in an internal memo last month…

“Many foreign nations undermine the principles of free and fair trade by improperly subsidizing either the labor or capital required for production, in violation of World Trade Organization (WTO) rules.

“These aggressive actions include illicit product dumping, where foreign competitors deliberately target domestic industries by flooding the market with underpriced goods – an action which can result in the permanent closure of a domestic industry and, with it, an economic way of life.

“No American company, or its workers, can compete against a foreign product that is dumped on the market at dramatically distorted prices.  If authorities turn a blind eye to such violations of trade rules, those companies go out of business and their workers are placed on unemployment.”

Free trade is, of course, the ideal.  And an end to the U.S. sugar program should continue to be an important objective for Congress.  However, free trade – as with any contract – must include rules and terms that apply equally to all partners and are observed by all signatories.

There are some who wish to immediately eliminate the U.S. sugar program without holding our trading partners to the same rules we operate under.  But a failure to insist on all parties playing by the same rules is no different from having no rules whatsoever.

Yes, we should eliminate the U.S. sugar program.  But we should only zero out ours if and when they zero out theirs.  Anything less amounts to unilateral disarmament.

And universal disarmament, as Sen. Sessions warns, doesn’t mean just importing artificially cheap sugar; it means importing unemployment, as well. And that is decidedly not in America’s best interest.

NN&V StaffJanuary 14, 2020
Read More
Scroll for more
Tap
Do We Really Want to Put the “OPEC of Sugar” in the Driver’s Seat?
Mr. T and the Texas Trolls: A Tale of Two Corrupt Cities
Skip to toolbar