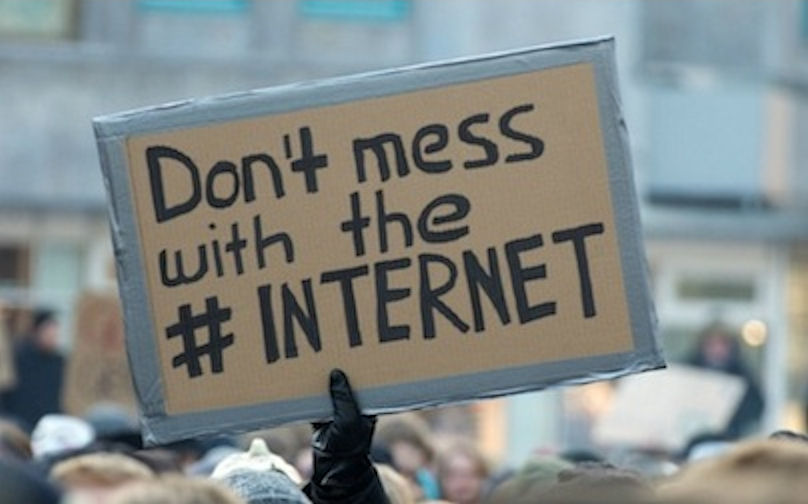 (Chuck Muth) – Last week, I had the honor of moderating a round table on a very important issue: the regulation of the internet. Many of you will remember that for its first two decades, the internet was almost entirely unregulated, which led to the unprecedented pace of innovation and investment that has helped define modern life. Then in 2015, the Obama Administration essentially carried out a hostile takeover of the internet by imposing public utility rules.

Now the question is, where do we go from here? Without a doubt, we need to remove the public utility label, which is filed under Title II of the Communications Act of 1934 (really), and the Trump Administration is actually in the process of doing just that.

But the problem is the next Democrat to take over will probably just reinstate the utility classification. What we really need is a stable, long-term policy that can only be achieved through legislation.

Some say it’s an issue of net neutrality, but that is really misleading verbiage. Virtually no one is arguing that internet service providers ought to be able to block users from certain sites or discriminate against data or content on their networks. You can have the same basic principles of net neutrality without declaring the internet a public utility.

“The debate is over whether the internet should be regulated as a utility,” explained former Deputy State Comptroller Geoff Lawrence. “There are specific requirements that define a utility; the internet does not meet these requirements. This classification is really about the government usurping control over all of our modern behavior.”

And because a thriving marketplace exists – which includes internet service providers and successful businesses like Facebook and Amazon expanding their services — you don’t need the government to interfere.  Allow competition and the free market to regulate as it was doing prior to 2015. Regulating it under Title II effectively empowers the government to pick winners and losers, and that’s certainly not neutral.

In fact, the activists picketing for heavy-handed net neutrality rules are, ironically, the ones who will be hurt most.

As Richard Bunce, Lead Developer at Opensoftdev, explained, “The internet is the bastion of freedom and equality. Whether you are a kid in your parent’s garage, a college student in a dorm room, a single-mother in a one-bedroom apartment or a billion-dollar corporation in a NY high-rise, you have equal access and equal opportunities to succeed on the internet. Any new regulations imposed on the internet would push that opportunity and access to big business and away from the poor and young,”

Sometimes our discussion seemed to go around in circles because it’s such a confusing and contrived issue. In the end, it boils down to this: government should keep its hands off the internet.