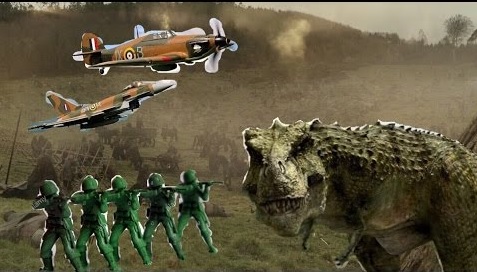 (Rick Manning) – As predictable as the changing seasons in Vermont, when the farm bill needs reauthorization, the same old tired mantra to end sugar subsidies and all will be well begins to be heard.

The answer why is simple — politics. While my colleagues in some conservative circles continue their frontal assault on sugar, viewing it as the weak link of all farm subsidies, they miss the essential truth that while Republicans are in general anti-corporate subsidy free marketeers, they also represent more rural, agricultural states.

Asking red state Republicans to dismantle farm subsidies without creating a means for their farmer constituents to compete in a world economy against heavily subsidized competitors is political suicide. Yet, once again, some in the conservative world are lifting their lances and making their futile charge at the windmill giants telling themselves that their mission is true and the cause is great and this time they will win.

Let’s be clear, a frontal assault on sugar or any farm subsidy is foolish and not noble at all.

The notion that beneficent foreign sugar suppliers would compete so vigorously in the U.S. market that prices would remain low if only subsidies and U.S. sugar producers got out of the way is both foolish and unfounded.

The European Union tried this approach, which invited a flood of foreign subsidized sugar to enter their markets causing 83 sugar mills to close and some 120,000 job losses, along with the devastating impact on local farm communities.

Patrick Chatenay, the President of ProSunergy (UK) Ltd in 2012 wrote “Lessons from the 2006 EU Sugar Regime Reform,” a reform that the European Union enacted using many of the same arguments U.S. advocates of eliminating sugar subsidies offer.

The results of the 2006 policy change were not pretty.  Chatenay writes:

“The first lesson is that ‘liberalization’ breeds supply uncertainty and price instability. After dropping 22%, bulk refined sugar prices in Europe are now some 10% above what they were before the reform.

“As any business manager will tell you, additional risk entails additional costs. Since the end of 2010, the EU sugar market has been characterized by high and volatile prices, and a shortage of supplies — thus mirroring world market gyrations. The sugar users who lobbied hard for the reform — companies such as Nestle, Coca Cola and Kraft — are complaining just as loudly as before.”

In Europe, prices actually went up on average in the first years of the test, but the volatility of sugar supplies truly caught the Europeans off-guard. Chatenay continues by describing the supply problems that resulted:

“At the end of 2010, in 2011 and in 2012, the European market showed signs of being under-supplied. Industrial users complained bitterly of being unable to buy sugar. In October 2010, the chief executive of England-based R&R Ice Cream Plc said, ‘we can’t buy sugar in the EU because there isn’t any.”

Today, sugar supplies in Europe have rebounded and prices have come back down. Was it the work of a free market? Hardly. The EU is back in the subsidy game to prop up its domestic industry, and now sends $665 million in annual subsidy checks to farmers.

Not exactly the intended consequences but, once again, when you kill much of your domestic production and become reliant on foreign produced product, your markets become much more vulnerable to crop failures in Brazil and India with prices and supplies impacted.

The proposal is simple. Congress votes to end sugar subsidies dependent upon a presidential certification that other nations currently subsidizing their sugar industries do the same.

Some argue that other nation’s won’t agree to negotiate this at the World Trade Organization, but many of these same people regularly argue in favor of engaging in bi-lateral reciprocal trade agreements that cover a large number of products including agriculture. Zero-for-zero merely provides the trade negotiators with significant leverage to negotiate the ending of foreign subsidies because they will already have Congress’ approval ahead of time.

Yoho’s approach is a serious answer to the sugar subsidy question and could well serve as a model for other agricultural commodities as well.

It is said that insanity is doing the same thing over and over and expecting a different result. For 80 years, conservatives have been trying to solve the sugar subsidy problem through a frontal assault and for eighty years, we have been rebuffed. It is time to stop this insanity and try a new approach that relies upon countries like Brazil, India and Thailand’s broad trade needs to allow a U.S. president to create reciprocal agreements that end sugar subsidies abroad, allowing U.S. subsidies to end as well.

Or I guess we could spend the next 80 years fighting the battle the same way and in three generations still be able to send out mass communications bemoaning evil sugar subsidies, with promises that this year it will be different.

Those who seriously want to win, need to join Ted Yoho in his smart change of direction, to do anything else would be crazy.

Rick Manning is president of Americans for Limited Government. This column was originally published in The Hill on February 5, 2018.