Trump Cleared of Collusion While Doing A Great Job

Trump Cleared of Collusion While Doing A Great Job
Ron Knecht
While celebrating that President Trump and his people have been completely cleared of the Russia collusion lie, it’s important to note the fine and ever better job he’s done as President despite all the harassment. 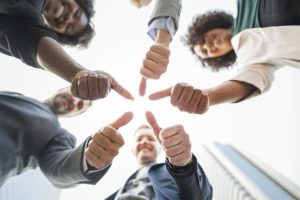 Democrats and their deep state allies and politically correct left-wing press mouthpieces have insisted for over two years that the President and his team colluded with Russians to steal the 2016 election and then engaged in obstruction of justice to cover it up.
It’s impossible to list here all the false accusers and haters, but leading Democrats include Nancy Pelosi, Chuck Schumer, Adam Schiff, Jerry Nadler, Eric Swalwell, the Clintons and Barack Obama.  Deep-state top bureaucrats: James Comey, Andrew McCabe, John Brennan, James Clapper, Andrew Weissmann, Peter Stzrok and Lisa Page, among many.  The fake news: CNN, MSNBC, the New York Times, the Washington Post, USA Today, NPR, AP, NBC, etc.
They demanded an aggressive investigation and got a witch hunt led by Robert Mueller, which they said would prove rampant collusion, obstruction and even treason, leading to impeachment.  After 22 months, 2800 subpoenas, 500 witness interviews, 500 search warrants from 19 lawyers and 40 FBI agents, Mueller found there was no collusion.  All this while wasting $25-million and badly damaging many innocent people in the process that should have ended long ago.
While Mueller equivocated on obstruction, it’s hard to imagine what obstruction there could have been when the investigation found no underlying crime.  Moreover, standard and ethical practice is for prosecutors not to say, as he did, their decisions not to seek indictments do not exonerate a person.  In any event, Deputy Attorney General Rod Rosenstein (who appointed Mueller) and Attorney General William Barr concluded there was no obstruction.
For the country, these conclusions should bring great relief that the vile charges were false and we can get back to real issues and governance.  But the folks who produced this big lie and all the vicious rhetoric won’t let it go.  Rabid Democrats are already launching new investigations, and the lamestream media and Democrats’ deep-state talking heads are already conjuring new charges and narratives for those star-chamber sessions.
And that’s really disturbing.  Despite their continued distractions and waste of public resources, President Trump has done a fine and ever better job on matters of substance and importance.  But such progress may end if their nasty partisan politics continues.
Perhaps Trump’s signal achievement has been judicial reform by appointing people of outstanding character and intellect to the bench.  People who will return us to the rule of law, instead of reading their political preferences into the constitution and statutes.
He’s also reeling in the excesses of administrative state over-reach that so burden peoples’ daily lives and choke our economy — by repealing many unnecessary and dysfunctional regulations for each new standard adopted.  And he got rid of Obama’s oppressive penalty for folks who choose not to participate in the government’s failing health care schemes.
Trump and Republicans also passed the first significant tax reform in over 30 years.  This and his regulatory reform may be ramping up the very tepid recovery they inherited and at long last bringing us real prosperity.  So, overall unemployment and especially that among Black and Hispanic workers have fallen to record low levels.
He has also had successes in foreign affairs too: beginning to normalize relationships with North Korea; finally snuffing out the Islamic State Obama left him; and ending Obama’s Iran nuclear fiasco.  Plus, challenging China’s intellectual property theft.
All these initiatives are important to turning around the massive failures of the Obama regime, an administration perhaps even worse than Jimmy Carter’s.  But this restoration of hope, growth and opportunity is in jeopardy if Trump’s detractors continue their war against him and America in hopes of electoral victory in 2020. Ironically, their continued hate-fest will also assure they lose.
Despite the great overall job he’s done, we still have a few policy differences with him.  And we, like many readers, were not fans of his style at first.  But consider this: He now speaks like the adult in the room and his detractors sound unhinged at best.
So, we’ll cheerfully work hard to re-elect him next year.
Michael Kadenacy, now Washoe County Republican Chair, was an international lawyer and business executive.  Ron Knecht has served Nevada as state controller, higher education regent, legislator and economist.
Prev postNext post
Print
Related ItemsRon Knecht
Nevada
Ron Knecht

NN&V StaffJanuary 27, 2020
Read More
Scroll for more
Tap
Multi-State Brief to Halt Rollback of Contraceptive
No Collusion, No Obstruction, Watch Dems Dance on Their Own Graves
Skip to toolbar