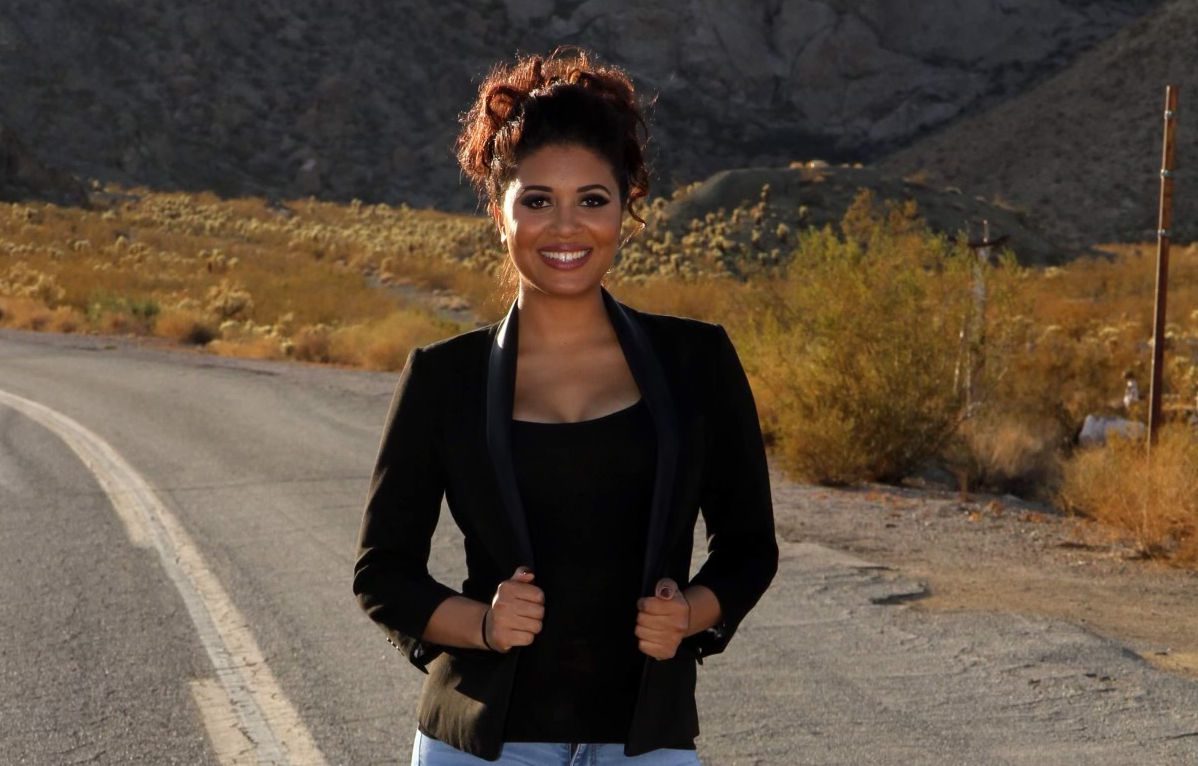 (Chuck Muth) – If you remember the movie The Matrix, actor Keanu Reeves’ character, Neo, was offered two pills.  The red one promised an awakening to reality that would prove to be difficult and painful.  The blue one promised blissful ignorance, comfort and security. Neo took the red one, opting for difficult truths over comfortable falsehoods – kinda like the difference between “red” states and “blue” states. These days, “red-pilled” is a slang term for a liberal whose been mugged by reality and has switched from Democrat to Republican.  And with that said… Last spring, I attended a Turning Point USA event at UNLV where Nevada State Assemblywoman Annie Black was speaking.  Afterwards about a dozen of us retired to Ichabod’s Lounge for some food and adult beverages. It was there that I met Raven Omojola, Citizen Outreach’s new Executive Director. You’re gonna luv her – and read to the end for info on meeting her at our welcoming party this Thursday! OK, the first thing you should know about Raven is that she’s the daughter of immigrant parents.  Her mom’s a white liberal from Germany; her dad’s a black conservative from Nigeria.  So she didn’t grow up in a philosophically homogenous home. She’s seen and heard both sides all her life.  In addition, though born in Las Vegas, Raven spent her summers at boarding schools in Europe…so she’s lived international culture unlike most American-born citizens. Secondly, Raven’s young, smart, fun, politically active and certainly not afraid to share her opinion with anyone who asks.  Oh, and she’s also been “red-pilled.” 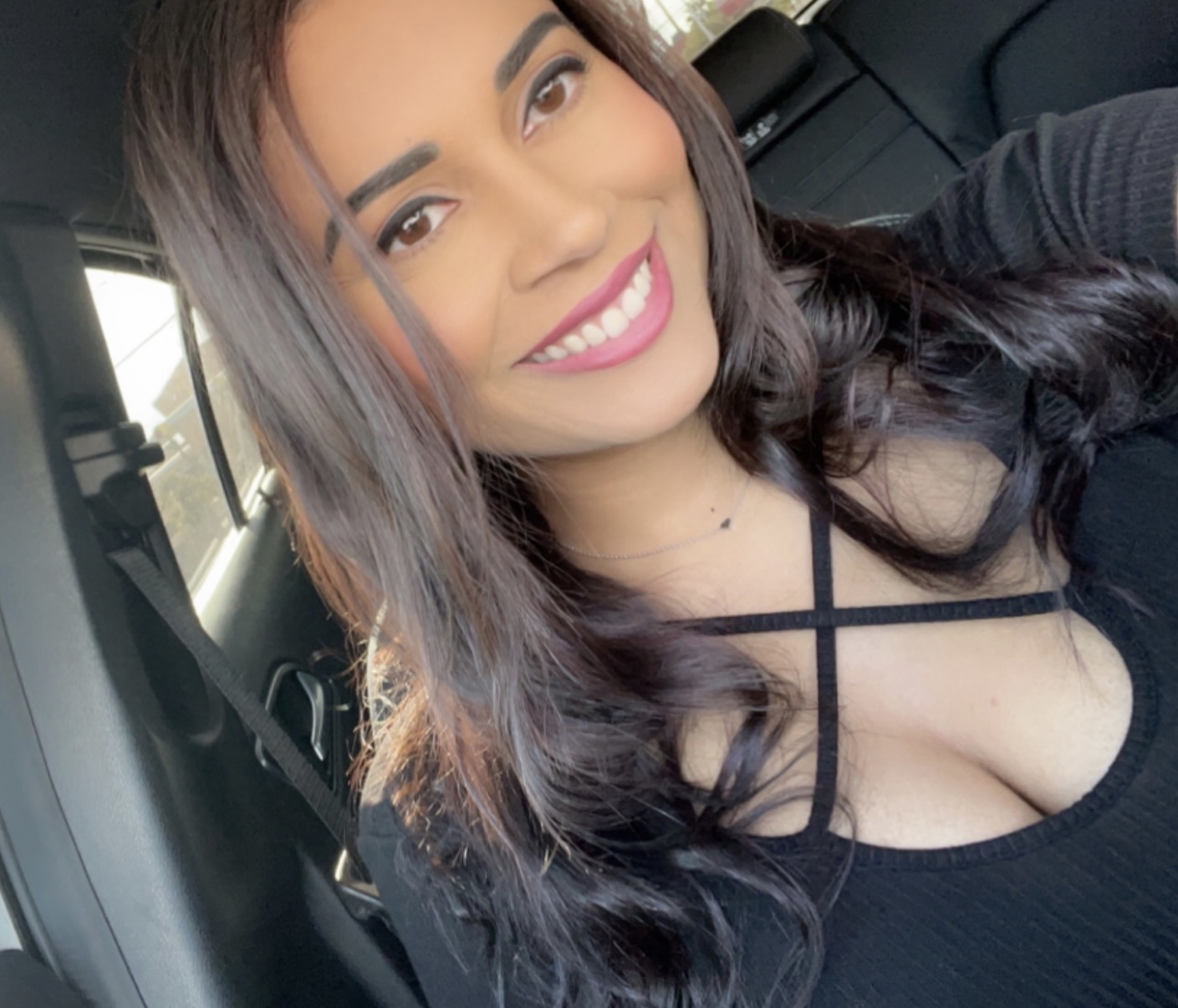 So was I – though we didn’t call it that back in the day.  I was born and raised in a Democrat household in the 1970’s, but re-registered with the GOP shortly after high school during what we old Democrats-turned-Republican called the Reagan Revolution. But back to Raven.  She, too, started out on the “dark side.”       “I became a Democrat after high school because I thought they were the party that helps people,” she recalls.  “But as I got older, I realized my father, a hard-core conservative, had been right all along.       “The only way to really help people is through economic prosperity,” she continues.  “Democrats not only victimize people, but the party uses mentally abusive tactics to keep people thinking they ‘need’ the party to save them.” Raven got involved politically in 2012 when she was an 18-year-old college student at UNLV.  And she’s been actively involved in politics ever since.  And by active, I’m not talking about just licking envelopes.  Raven was president of the UNLV Young Democrats, vice-chair of the Young Democrats of Nevada and the first Nevadan elected as the National Council Vice Chair of the College Democrats of America. 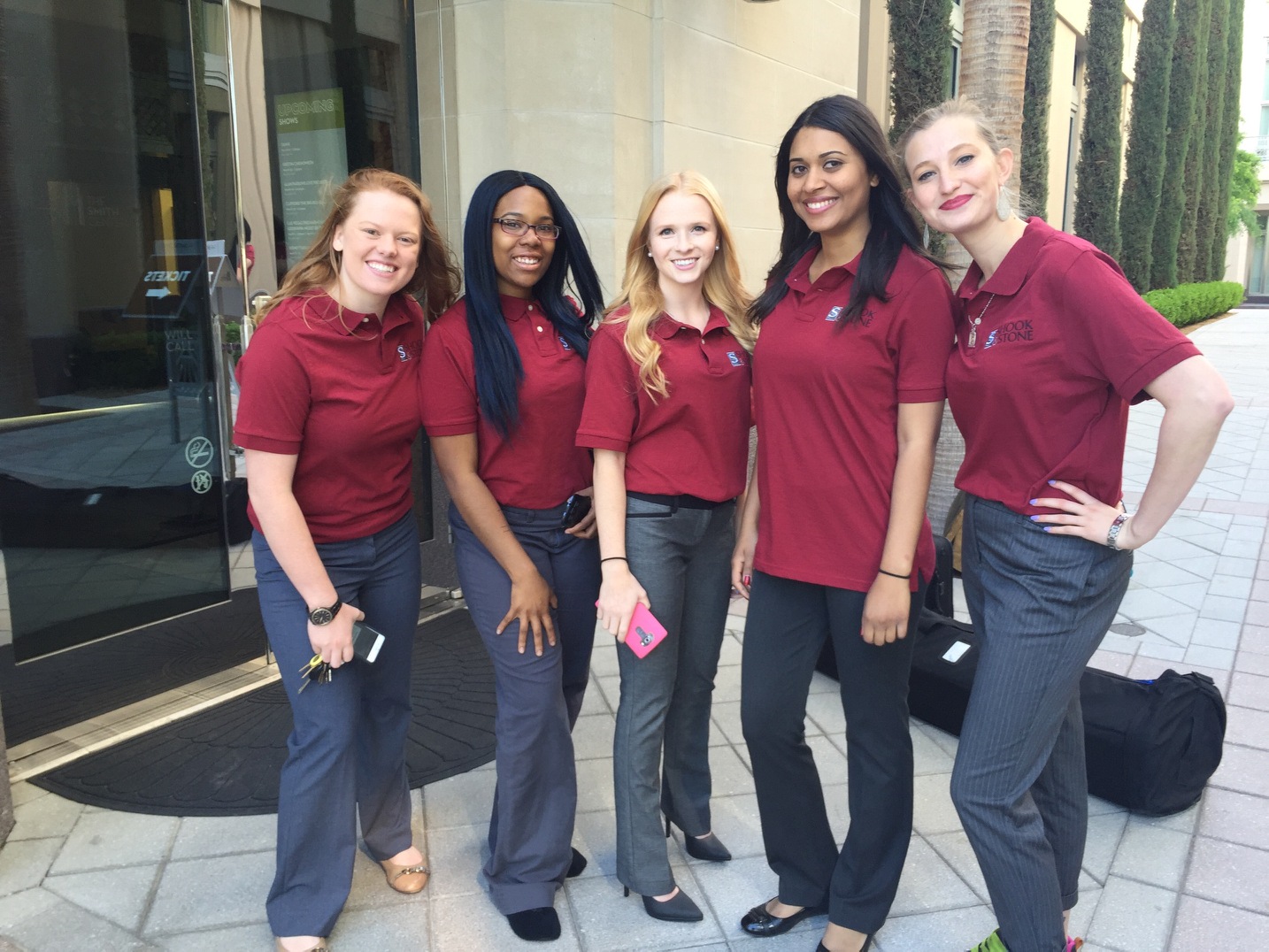 But it increasingly became an uncomfortable fit, especially as national Democrats moved leftward from simple liberals to outright socialists.  In fact, the socialist wing of the Dems took over the entire Nevada party organization a year-and-a-half ago.      “I was regularly referred to as ‘Republican Raven’ for not conforming to the Dem’s agenda and questioning the dumb things they would say,” Raven, a big gun rights supporter, recalls.  “I was always a staunch moderate who was extremely annoyed by the establishment.” Her refusal to get with the program and follow the Democrats’ agenda without question led to being “unofficially” black-listed by late-Sen. Harry Reid…a badge of honor she wears proudly…and kicked off the Nevada Dems executive board by then-Democrat Party Chairman “Li’l Bill” McCurdy. But back to our night at Ichabod’s… 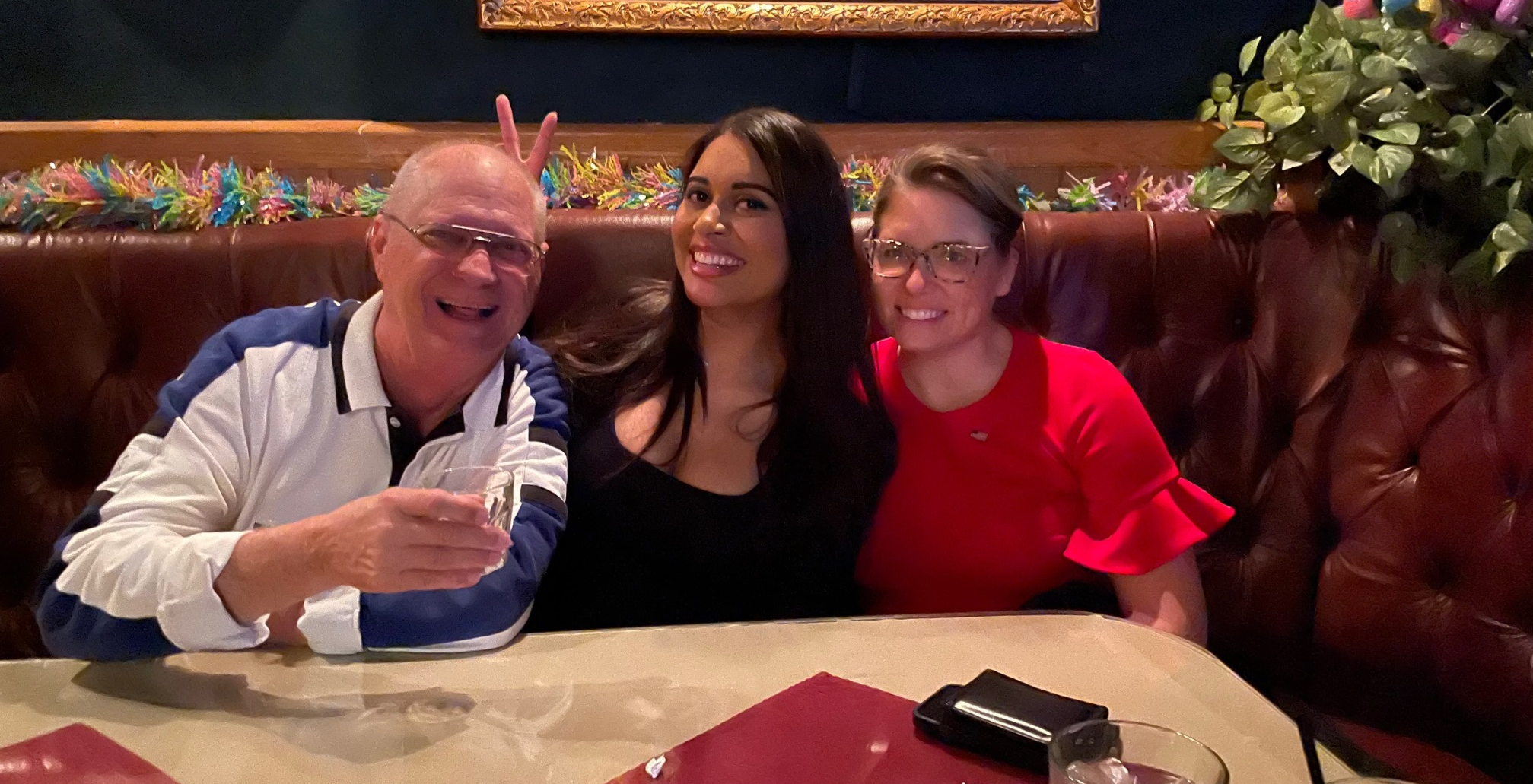 Over the course of several shots of tequila and some most-excellent bar food, I learned that Raven was working on a congressional campaign in California for a Democrat candidate but was interested in learning how to do fundraising. And as it just so happened, I was looking for someone to help Citizen Outreach raise money to expand our campaign training and other programs…including bringing back our happy hour events (see below for next one) and the Conservative Leadership Conference.      “I got a brand new pair of roller skates.  You got a brand new key.” Raven’s been with us ever since – though I’m just now getting around to making it “official.” Thanks to Raven taking so much off my plate, I’ve recently had time to start writing Muth’s Truths a little more often.  And its full return is entirely dependent on how well she does in her new job – not to put any pressure on her or anything! I’m very happy to have “Red-Pilled Raven” on our team. But even happier to have yet another young, intelligent and energetic member of the conservative/libertarian movement in Nevada.  Lord knows, we need ‘em.  I ain’t gettin’ any younger! So please join me in welcoming Raven to the family.  You can reach her at raven@citizenoutreach.com.    Better yet…come meet her in person.  We’re gonna hold an informal “Politics on the Rocks” happy-hour/meet-up/welcome-reception this Thursday at 5:00 pm at Atomic Liquors (917 Fremont Street) in downtown Las Vegas. The weather is great this time of year and Atomic has a big outdoor patio, great food, drink specials AND…free parking! But you have to be 21+. And don’t be surprised if Raven is handing out “red pills”! 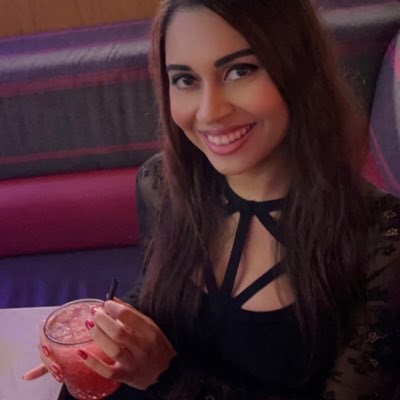 SAVE THE DATES Thursday, December 1, 2022.  “Politics on the Rocks.”  New venue.  Speaker(s) to be announced. Wednesday, January 4, 2023.  Citizen Outreach’s annual “Pastapalooza” dinner celebrating National Spaghetti Day and presenting the 2023 “Conservative of the Year Awards.” Monday, February 6, 2023.  Reagan Birthday Bash. FAMOUS LAST WORDS “While this November might feel like the end of the election season, it’ll unofficially signify the start of the 2024 election cycle. Yes, already. I know. I’m as bad as the stores already carrying Christmas decorations! But conservatives must prepare. The demand for trained conservatives is high and will remain strong.” – Carol Wehe Cocks, Leadership Institute

N&V StaffNovember 4, 2022
Read More
Scroll for more
Tap
Nevada school board fires, recinds firing, then gives pay hike to superintendent
Gas Prices Got Your Down? Remember This in November…