Gingrich: Respect for our founding documents begins with an understanding of American history

Gingrich: Respect for our founding documents begins with an understanding of American history
N&V Staff 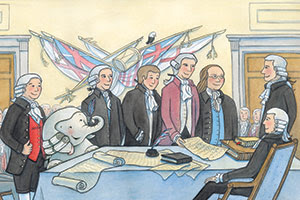 (Callista Gingrich) – The Father of the Constitution, James Madison, famously wrote that the rules set out in our founding document are in a sense just “parchment barriers”. At the time, Madison was making an argument for the Constitutional checks and balances that ensure a limited federal government. But Madison’s words are also a reminder that the system the Founders established — a system that has kept Americans free for more than two centuries — works only when citizens recognize and respect its wisdom.

Today many Americans lack an appreciation for the Constitution and the principles of the Declaration of Independence, threatening the Founders’ vision of a limited government of the people, by the people, and for the people like never before.

Certainly, there are ways to address these issues through the ballot box. But perhaps more than anything else, those of us who are concerned about our country’s future need to encourage and help Americans — and especially young Americans — to understand its past.

Historically, a primary aim of our educational system was to prepare Americans to exercise their responsibilities as citizens. Students actually learned American history, including an appreciation for the Constitution and its principles. The effect was what Ronald Reagan termed an “informed patriotism,” which allowed Americans of all backgrounds, faiths and walks of life to trust in our system of government.

The collapse of American history in our schools has undermined this consensus about what it means to be American. Our national memory has begun to slip away, and as a result, so has our attachment to the revolutionary ideals for which our nation stands.

The lack of knowledge about America’s past is one of our most fundamental challenges today. Recent results of a Department of Education National Assessment of Educational Progress survey suggest how significant it is: Just 20 percent of fourth-graders, 17 percent of eighth-graders and 12 percent of twelfth-graders are at grade-level proficiency in American history.

Only one in three fourth-graders can identify the purpose of the Declaration of Independence. Less than half understand why George Washington was an important leader in American history. And most fourth-graders don’t know why the Pilgrims left England.

These are alarming findings and suggest that we’re letting our shared understanding of what it means to be American disappear.

The effort to educate our young must begin by working to emphasize American history in our schools, since this is where most children form their ideas about our nation’s past. But if the numbers we see in test results tell us anything, it is that we can no longer trust American history education to our schools alone. Each of us has a responsibility to pass on stories about our country’s past to the young people in our lives. 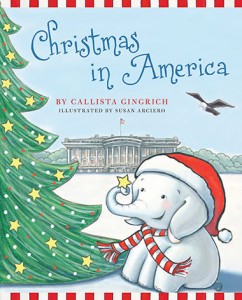 It is in this spirit that I have written a series of bestselling children’s books to help young people learn American history with Ellis the Elephant. In this series, Ellis learns about American Exceptionalism, Colonial America, the American Revolution, westward expansion, and much more. In my latest book, Christmas in America, Ellis discovers the joy of Christmas and how this special holiday has been celebrated throughout our nation’s history.

Visits to historic sites like George Washington’s home at Mount Vernon or Independence Hall in Philadelphia are also wonderful ways to inspire a love for American history. And of course, interactive online courses, television programs like Liberty’s Kids, and educational games like Oregon Trail can teach important history lessons, too.

Our consensus about what it means to be American is slowly eroding, along with our understanding of American history. Passing on the stories of this great nation to the next generation might be one of the most important civic contributions we can make. If you are concerned about the future of our country, take time to talk about American history with the young people in your life.

Callista is the president of the Gingrich Foundation, a charitable nonprofit corporation.