Income, Poverty, and Economics – Analysis of the U.S. Economy 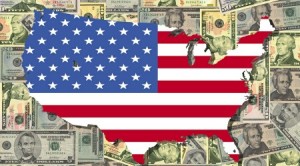 (David Mansdoerfer) – Today, the United States Census Bureau released Income, Poverty and Health Insurance Coverage in the United States: 2010. This report showed a drop in median income for the middle class, an increase in the number of people in poverty, and a drop in the number of Americans that have health insurance. It is important to get past the generic political rhetoric to see what these numbers have to say about the overall state of the U.S. economy.

This is a double whammy. Not only are Americans seeing smaller paychecks, but their purchasing power is also decreasing.

What does this tell us? In the political arena, this tells us that people are going to be angry at both sides. In the policy arena, we see that little that has been done over the last decade to “protect” the middle class has had much effect. However, with people frustrated at both sides, politicians will feel the need to try and legislate job creation and economic stimulation using short-sighted approaches.

Now, onto poverty. According to the report, “The nation’s official poverty rate in 2010 was 15.1 percent, up from 14.3 percent in 2009 ─ the third consecutive annual increase in the poverty rate.

I’m not the first to say this, but, the official poverty rate is absolutely worthless. For those who don’t understand how the poverty rate is calculated, it is fairly simple. The United States uses a method based on a poverty threshold. This threshold is based on family size and income. For example, in 2010, the threshold for a family of four to be considered in poverty was $22,314. This means that a family of four could earn up to $22,314 and be classified in poverty but the moment they make $22,314.01 they are no longer classified as being in poverty.

If the poverty threshold was merely used in statistics, this wouldn’t be a big deal. But, since this threshold is used to determine eligibility for programs such as food stamps and subsidized housing, it acts as a disincentive.

Tell me, if you were receiving food stamps and other free programs from the government making $22,000 a year, would you take a pay increase or new job that put you above that threshold? The answer is easy. You would only take the pay increase if it is greater than what you would lose from the free government programs.

Additionally, the official poverty measure is set across the country. It doesn’t take into account for areas of the country with a higher or lower cost of living.

This can be almost directly attributed to the high unemployment rate.

All in all, the Census Bureau report paints a bleak picture of the U.S. economy. Median income is falling, poverty is increasing, and the number of people with health insurance is dropping.

This is quite a conundrum for the Obama Administration who came in with a Keynesian plan to spend us out of this mess and ensure everyone in the United States has an opportunity to attain healthcare.

Even though these problems have consisted for nearly a decade, President Obama’s political platform of hope gave people exactly that – hope. Now, however, with the U.S. continuing along its path to a smaller middle class and higher levels of poverty, people no longer have hope in Obama’s economic plan.

Due to this, during the next election cycle, President Obama will have to defend his inability to stimulate the economy and get the U.S. back on track. If he is unable to defend his economic plan, and loses the White House in 2012, he will leave a legacy similar to former Presidents Carter and Hoover.

(Mr. Mansdoerfer is the Director of Federal Affairs for Citizen Outreach. He holds a masters degree in public policy with an emphasis in international relations and state & local policy from the Pepperdine School of Public Policy. You can follow him on Twitter at @DPMANSDOERFER)