Meet and Hang Out with a “Democrat Honeypot” TONIGHT!

Meet and Hang Out with a “Democrat Honeypot” TONIGHT!
N&V Staff 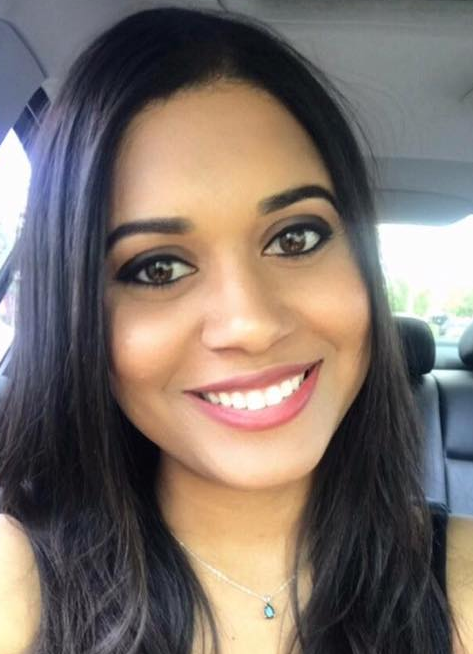 (Chuck Muth) – After I announced on Monday the addition of Raven “Red-Pilled” Omojola to the Citizen Outreach gang as our new executive director (raven@citizenoutreach.com), some goofball yahoo posted the following on social media…      “If you read Chuck then you’ll know that his new E.D. likely speaks German and is also a likely Democrat honeypot sent to takeover and destroy the powerful Citizen Outreach empire: Raven!” To which Raven replied: “Ich möchte ein Bier!” And with that in mind, we’ll be holding an informal “coming out” happy hour welcoming party for Raven tonight at Atomic Liquors on Fremont Street in downtown Las Vegas.  Come meet Raven and judge for yourself. And invite some Democrats. Raven told me she’ll be bringing a bag of “red pills.”  If someone could bring a Winnie the Pooh honeypot to put them in, that’d be terrific. With the weather being so great these days, you’ll find us on Atomic’s outdoor patio.  Stop by any time after 5:00 pm.  Drink specials, great food, great friends and…FREE PARKING!   Dahir Blasted for Democrat Endorsement A number of conservative friends and Muth’s Truths readers encouraged me to support Kristopher Dahir in the GOP primary of Secretary of State, assuring me he was a “true conservative.” But there was something about the guy – just a gut feeling – that didn’t sit right with me.  And now I see my “Spidey senses” were right on the mark.  Take a look at this blistering letter recently sent to Mr. Dahir by Elizabeth Parsons-Lenz of Sparks, Nevada… * * * Dear Mr. Dahir, Republican women’s clubs have long welcomed, supported, and trusted you as a friend and embraced you as a brother and I as an active member was in this number. Imagine our shock on September 22nd learning of your public endorsement of Democrat (secretary of state candidate) Cisco Aguilar in the Reno Gazette Journal (“I recognize the importance of my vote, and I’m casting it for Cisco Aguilar. I’m asking you to do the same.”) and in other far reaching social media outlets. Your public proclamation is viewed as a deliberate decision to inflict maximum damage to the Republican cause of electing conservative, pro-life, pro-family, fiscally responsible candidates.  In broadcasting your endorsement, you have violated the Washoe County GOP platform, betrayed thousands of Republican women and men in Nevada that have supported you over the years, and have grieved the Christian community. In your own words, what about the Democrat-driven agenda makes “a strong America, and America that reflects the moral integrity upon which it is built?” The Democrat agenda is advancing or enabling:

Mr. Francisco “Cisco” Aguilar is a liberal Democrat that embraces the radical democrat ideology as listed above. A few notable endorsements for Aguilar include:

You endorsed Democrat Cisco Aguilar and indicated you have embraced the radical, America killing left wing agenda.  Consider this a rebuke and call for your public renouncement of your endorsement.   Sadly, as member of local, state, and national Republican women’s associations, and as Executive Committee Member of the Washoe County GOP Central Committee, I am informing you as a friend that non-corrective action would potentially mean the mobilization of members to ensure you never hold an elected position again. * * * Look…if you don’t want to support Republican Jim Marchant in the Secretary of State’s race, there is a conservative alternative who is highly qualified for the position: Janine Hansen of the Independent American Party.  There is simply NO EXCUSE for a self-described conservative to publicly endorse a liberal Democrat in this race.  It’s one thing if you don’t want to give Marchant your vote for whatever reason; it’s another thing altogether to give it to The Cisco Kid and grease his way to higher office. Mr. Dahir’s 15 minutes should now be officially up. Rightoberfest! “Rightoberfest: Youth Leadership Summit” is generously being sponsored by RE/MAX American Made…and the keynote address will be delivered by His Honor, the incomparable Oscar Goodman! The event is open to the public and includes…

Panelists include Stavros Anthony, Rodney Taylor, Drew Johnson, Marcos Lopez & Charlie De La Paz. WHERE Rock Star Bar & Grill(Across the Strip from Town Square)6730 Las Vegas Blvd SLas Vegas, NV 89119-3311Phone: (702) 897-9500 SAVE THE DATES Thursday, December 1, 2022.  “Politics on the Rocks.”  New venue.  Speaker(s) to be announced. Wednesday, January 4, 2023.  Citizen Outreach’s annual “Pastapalooza” dinner celebrating National Spaghetti Day and presenting the 2023 “Conservative of the Year Awards.” Monday, February 6, 2023.  Reagan Birthday Bash. FAMOUS LAST WORDS“The growth of the Internet will slow drastically, as the flaw…becomes apparent: most people have nothing to say to each other!  By 2005 or so, it will become clear that the Internet’s impact on the economy has been no greater than the fax machine’s.” – Liberal economist Paul Krugman in 1998“A friend of mine was asked to a costume ball a short time ago. He slapped some egg on his face and went as a liberal economist.” – Ronald Reagan

N&V StaffNovember 4, 2022
Read More
Scroll for more
Tap
Gas Prices Got Your Down? Remember This in November…
Throwing Good Money After Bad(lands): Grab Your Wallet!