It has dawned on me as I approach my 66th birthday that the world my fellow baby boomers and I will leave to our children and grandchildren is not anywhere close to the world we entered. 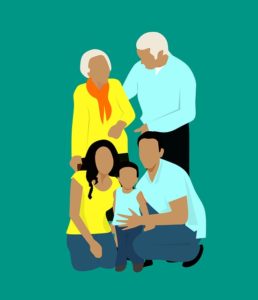 These days, when something goes wrong, it’s always someone else’s fault.

The little snowflakes in Parkland, Florida think that their 17 dead classmates were killed by the National Rifle Association.

And their parents are impressed that they are getting “involved”. That the little geniuses will change the world by walking out of class for 17 minutes.

The state of Florida thinks it can solve the problem by raising the age limit to buy a rifle to 21.

And the politicians delivered a law which does just that.

The whole idea here is supposed to be to stop school shootings.  Only one problem here.  Such a law will stop NOTHING.

When I went to Peoria Richwoods High School from 1966 through 1970, Boy Scouts and members of the Civil Air Patrol (I was both) learned how to shoot at the range in the Armory which was located in the parking lot of the school building.

After we got done shooting, where do you think those rifles went?

Why in our high school lockers, of course.

You know what stopped any mayhem at Peoria Richwoods?  Our parents.

Most of us lived in fear of what would happen if we looked at our parents cross eyed much less what would have happened had we actually aimed one of those rifles at a classmate.

Our parents knew right from wrong.  They conveyed that lesson to us and we followed the rules, however onerous that might have been to us at the time.

Sometime after that, society seems to have broken down.  Parents, plural, became parent, singular.  In many cases the state became a parental substitute.

It is much more difficult for a single parent to teach a child right from wrong with the same almost intimidating effect that two parents have.

The state cannot do it at all.

So we have generations of kids who have a difficult time—or an impossible time—grasping the concept of right from wrong.

It is a lack of parental induced knowledge of a simple concept which is no longer taught very well because of a variety of factors nobody seems to care about because, in turn, they are too busy blaming everybody and everything which has nothing to do with the problem.

We no longer teach a lot of young people that shooting up a school is, quite simply, WRONG.

It’s that simple and that complex all at the same time.

I don’t think there is a speedy recovery from that state.

Teaching the next generation of parents to do parenting well will require explaining that, no, they cannot have it all.  In some cases, only one parent can have a career while the other must be a full-time parent.  That’s not a death sentence. That’s the responsibility of having children.

It will also require generations of parents to tell their offspring that they (the parents) screwed up.  That the idea of single parent families stinks.  That parents are, indeed, role models and what they do and do not do affects their children’s future. Maybe more so than what they learn in school.

And, finally, that raising children is hard work and should only be attempted by people willing to do that work.

Only when that lesson is learned will the future of this nation get better.