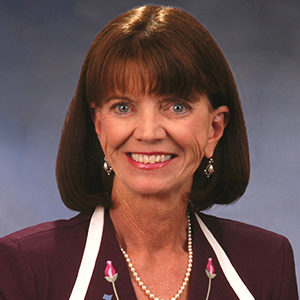 (Dr. Robin Titus) – I am writing this letter on behalf of your current Assemblyman Gregory Hafen II. I wanted to make sure the voters in Assembly District 36 fully understood how strong of a conservative record he compiled. Additionally, I wanted to set the record straight on the falsehoods being spread by his opponent’s campaign.

Let us begin by discussing the actual voting record of Gregory Hafen. Of all the sitting legislators, Gregory Hafen was ranked in the Top 5 by the American Conservative Union. I am personally fortunate enough to have the highest lifetime score from the voice of one of America’s most prestigious conservative institutions. To rake in the top five after just one term in the Nevada State Legislature is a huge honor for Gregory! The conservative values of rural Nevada are well represented by Assemblyman Hafen. That is why the Trump Re-election Campaign named Gregory Hafen II as its Rural Nevada Chairman.

Gregory Hafen II has received an “A+” grade and the endorsement of the National Rifle Association, he is endorsed by Nevada Right to Life, and Gregory received a 100% score from NFIB, the voice of small business in Nevada.

Let there be no doubt that Assemblyman Gregory Hafen II is pro-Trump, pro-Second Amendment, pro-life, and pro-business. Simply put you could not ask for a better record from a Republican representative. I simply cannot see why anyone would consider supporting another candidate.

Now let’s talk about his opponent and the misleading information they are putting forth. Simply put, it is FAKE NEWS! They are claiming that Gregory was appointed by Governor Steve Sisolak. Gregory Hafen was appointed by the three county commissions that make up Assembly District 36. The duly elected commissioners, in accordance with Nevada law, accepted applications for the open seat that was vacated due to the death of Dennis Hof. Because Nye County has roughly two-thirds of the population in Assembly District 36, they had the greatest weighting on the vote. In the end it did not matter as 16 of the 17 county commissioners in the three counties voted to appoint Gregory Hafen II. Here is the kicker, Steve Sisolak was not even the governor at the time. Yes, he had been elected governor, but the previous governor was still in office. How much more FAKE can news get.

Hafen’s opponents say that Gregory wants to take water rights away from rural Nevada. Nothing could be further from the truth. I sat on the Natural Resources, Agriculture, and Mining Committee that oversaw all water bills. Every single water bill comes through that committee, and I can assure you that Gregory Hafen II along with Republican Senator Pete Goicoechea vigorously defended your water rights. Again, Hafen’s opponent is putting forth FAKE NEWS!

Finally, to address the claim that Gregory Hafen II voted for the largest budget in Nevada history. Do you honestly think that conservative pro-business groups like the American Conservative Union and the National Federation of Independent Businesses (NFIB) would have given such high marks to Hafen had he not been fiscally responsible.? Let’s talk about what we did do. We made sure that our budget had the largest Rainy Day fund balance ever just for emergency situations like we find ourselves in right now. Making sure that Nevadans have the opportunity to receive economic support is a direct result of the Republicans fighting to save more money for Nevadans to use. Once again, we see misleading information coming forth from the opponent’s campaign.

I also served on the Health and Human Services Committee with Assemblyman Hafen. Time and time again he fought to bring greater access and support for rural Nevadans to healthcare providers. As we find ourselves battling the invisible enemy of COVID-19, please know that Assemblyman Hafen’s voice will continue to lead the way in providing Nevadans with the best doctors and healthcare professionals our state can attract.

In closing, I ask for your vote for Gregory Hafen II. Do not be fooled by his opponent’s misleading and deceptive information. I would not look forward to serving with someone who would condone those types of actions by their campaign team. I do look forward to serving with someone who has already proven to be there in the trenches with me every day in Carson City fighting for the same conservative values that I represent in my portion of rural Nevada. If you value having a conservative Republican as your representative, the choice is clear – VOTE GREGORY HAFEN II this Republican Primary Election.