Why Senator Heller’s Battle Against Net Neutrality Is So Important 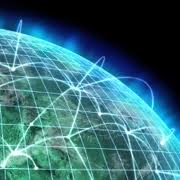 (David Mansdoerfer) – Today, Senator Dean Heller (R – NV) led a coalition of ten U.S. senators calling for FCC Chairman Julius Genachowski to review the impact of net neutrality regulations on the U.S. economic recovery. This letter, which comes after Executive Order 13563 that requires each agency to conduct a cost-benefit analysis on all new regulations, is targeted directly at the recent decision of the FCC to implement Net Neutrality rules in December of 2010.

In the letter, Senator Heller notes, “We respectfully request that before net neutrality rules go into effect, you honor the intent of the President’s Executive Order by applying a retrospective review towards the net neutrality order and pursuing a cost benefit analysis.”

In order to get a better understanding of net neutrality, let’s take a look at the two new regulations that the FCC agreed upon.

1. Transparency: These new rules would force Internet Service Providers (ISPs) to disclose network performance and details about their plan options and pricing. Clearly, in an attempt to circumvent the free market (in which consumers know when they are paying for poor internet services), the FCC wants to mandate that companies detail the performance of their network. The only problem with this, however, is that most people already know when their internet stops working or is slow. Is it really important to mandate that we get the stats on why the internet isn’t working that day?

2. No unreasonable discrimination: These new rules also stop ISPs from managing their network and limiting certain applications or websites that eat up large amounts of bandwidth. These apps and websites, such as Hulu, Netflix and BitTorrent, eat up large amounts of bandwidth and slow down the overall network. Currently, providers can limit or slow down certain apps or websites in order to ensure their network speed remains consistent. Once these rules go into effect, ISPs will have limited ability to maintain their network speed.

In addition to over-burdensome regulations, the battle between Senator Heller and the FCC really comes down to property rights. By arguing against Net Neutrality, Senator Heller is effectively saying that ISPs should have the ability to manage their network in order to operate efficiently.

On the other side, by supporting Net Neutrality, the FCC is making the argument that the internet/broadband are essentially public goods and should be governed by the government.

So, how would the implementation of these new Net Neutrality rules hurt consumers?

First, ISPs would be required to detail the performance of their networks. This will lead to additional costs that will be passed along to the consumer.

Third, and most importantly, if you give the government an inch of authority, they will eventually try and take a mile. Clearly, any time government is given new authority to regulate, they inevitably see other areas that should be brought under its control. While these new rules might not be the end of the internet as we know it; what happens when five or ten years down the line when these rules lead to the government having increased power of the internet?

The government shouldn’t be able to dictate how ISPs mange their networks. The people of Nevada, and anyone who uses internet in the United States, should be thankful the Senator Heller is fighting to keep the internet in the private sector.