A bipartisan JOLT for America’s economy 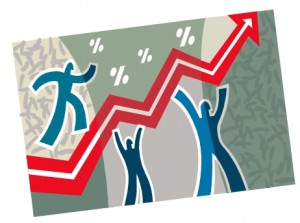 (Reps. Joe Heck and Rep. Mike Quigley) – Whether you sat on the right or left of the aisle, the president made one point crystal clear throughout his State of the Union address: the gridlock that paralyzes Congress is preventing us from achieving the kind of growth that vaults more Americans into the middle class. Even as both parties want this growth, disagreements on how to achieve it will often frustrate and slow the policymaking process.

But the reality is that some of the economic growth both sides desire can be had through an existing piece of legislation—one that already has overwhelming bipartisan support: the Jobs Originated through Launching Travel (JOLT) Act.

JOLT has attracted more than 120 sponsors, divided almost equally between parties (65 Democrats and 58 Republicans). It is very unusual these days for a bill containing real policy substance to achieve that level of consensus. We often only see that type of agreement on post office namings and other non-controversial measures.

So why such broad appeal? JOLT’s provisions pursue an outcome that holds a large and inarguable benefit for our economy: boosting the number of high-spending international travelers to the United States without compromising national security. And the bill would do so without costing taxpayers a dime.

Each overseas visitor spends an average of nearly $4,500 per trip to the U.S., adding nearly $130 billion to the economy in 2012. One American job is created for every 33 international visitors—meaning over one million domestic jobs were supported by inbound travel in 2012.

JOLT would boost international visitation through a number of simple, proven policy moves. For example, it would modernize and expand the Visa Waiver Program (VWP), which allows citizens of friendly countries with sophisticated security screening of their own to avoid many of the delays and hassles commonly associated with admittance to the U.S. VWP expansion itself has a proven, immediate and marked economic benefit; in the year after the program was expanded to South Korea, spending in the U.S. by visitors from that affluent country more than tripled, according to a forthcoming study from the U.S. Travel Association.

While VWP adds convenience for visitors before they travel, JOLT would similarly reduce red tape after visitors reach our shores by expanding the successful Global Entry Program. This enables pre-approved, low-risk international travelers to avail themselves of expedited Customs and Border Patrol screenings, rather than spend in excess of four hours waiting for clearance in some cases (the peak average wait time at some of our busiest entry airports). Another U.S. Travel study in 2013 found that the deterrent caused by those slow wait times costs the U.S. 2.7 million visitors per year, or $95 billion in economic impact over five years.

Other provisions would improve the international visitor experience as well, such as adopting videoconferencing as a means for conducting visa screening interviews. And because the federal government could charge for some of those services, the Congressional Budget Office during the last Congress scored the JOLT Act as being revenue-neutral—meaning JOLT’s substantial economic benefit could be achieved at no cost to the taxpayer.

The overwhelming support offered by our colleagues on both sides of political aisle make the JOLT Act a no-brainer. All that remains is for congressional leaders to identify a legislative vehicle for moving JOLT’s provisions. Immigration reform, which House leaders say they are serious about advancing, would be a logical choice. The provisions are also currently included in the Senate’s comprehensive immigration reform bill, showing not just bipartisan but also bicameral support for JOLT.

But for a president—and a country—eager to make economic progress and put the damage caused by political divisions behind us, we offer JOLT as an obvious step toward capturing many of those aims at once.