Accountability never: Reforms were stripped out before session’s end

Promises to tie spending to reforms and accountability proven false 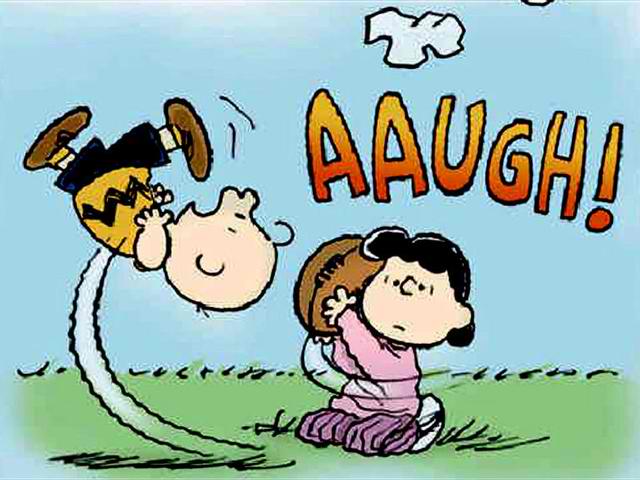 (Victor Joecks of NPRI) – To sell his $1.4 billion tax increase to Republicans in the Assembly and to the general public, Gov. Brian Sandoval promised that unprecedented levels of state spending would be accompanied by reforms and accountability.

During the session, the Nevada Policy Research Institute and courageous lawmakers, like Assemblyman Ira Hansen, asked the obvious question, “Where is the accountability for the money, especially the decades of education-funding increases that we’re already spending?”

According to lawmakers, the governor and his staff privately assured lawmakers that this time would be different. They pitched lawmakers about future reforms and spending-accountability measures that would begin immediately. Ineffective spending increases of the past? They were ignored.

It’s like the classic Peanuts cartoon. The Governor was Lucy, holding the football — that is, promises of accountability. He then assured more than a dozen Assembly Republicans — naïve Charlie Browns — that this time government wouldn’t yank the football away.

When Charlie Brown gets fooled in the cartoon, he finds out immediately, having landed on his back. When lawmakers get fooled, however, it usually takes years for the accountability promises to unravel. By the time that happens, politicians like Sandoval have usually moved on to another office, leaving taxpayers out millions — or billions.

This time, however, the promises were so weak that some accountability and reform measures unraveled even before the session ended.

In its first half, legislators approved a more than $4 billion property tax increase without a popular vote, breaking promises previously made to voters. To sweeten the deal, Republican Sens. Ben Kieckhefer and Becky Harris, bill sponsors, included a provision exempting school districts and the Nevada System of Higher Education from prevailing-wage rates on construction projects. Given that prevailing wage adds 45 percent to the cost of labor, those savings would have been substantial, allowing more schools to be built. Still, most of the savings would have come from spending new tax dollars more efficiently, rather than spending current tax dollars more wisely.

Even with the massive property tax increase imposed on property owners, unions and Democrats were still upset: Construction workers would be making market wages, rather than politically inflated prevailing wage rates.

The Senate then passed Kieckhefer’s version of AB172, and the Assembly concurred on a voice vote. With that, Kieckhefer returned prevailing wage requirements to school construction projects. So taxpayers will now be paying higher property taxes, while seeing fewer classrooms built, which supporters of the tax hike claim are so desperately needed.

Another phantom reform was ending social promotion out of the third grade, more commonly known as “Read by Three.” SB391, the relevant bill, did pass, and media reported the “one in three” unable-to-read third grader could now be held back.

But media reports and actuality are two different things. SB391 had two parts. First, comes the $27 million in literacy program grants to compensate for ineffective teachers — spending that begins immediately.

Part Two is the excellent and proven policy change of ending social promotion, which costs nothing. That change, however, is postponed until the 2019-20 school year. So the first cohort of children that Nevada schools must teach to “Read by Three” aren’t even in school yet.

Hansen proposed an amendment to begin the program in the 2016-17 school year, but it didn’t get enough support, even among Republicans.

With this accountability so far in the future, yet-to-be-elected lawmakers may well fear parental outrage over their illiterate little Johnnies and Susies being held back. The Nevada norm would be for the policy change of ending social promotion to be pushed out indefinitely.  That’s even if Sandoval remains governor, not getting picked as the Republican nominee’s — or Hillary Clinton’s — running mate.

Accountability is always hard work in government, because even ineffective programs build a constituency of advocates who will complain that future accountability measures are “cutting to the bone.”

Lucy has pulled the football away again, and it’ll be students and taxpayers, not the Charlie Brown lawmakers, who will feel the worst of it.

A version of this commentary was originally published in the Las Vegas Review-Journal.

Victor Joecks is executive vice president of NPRI. He oversees the execution of the institute’s strategic plan and policy initiatives. NPRI is a non-profit, non-partisan think tank that produces and shares ideas and information that empowers people.  For more information, please visit www.NPRI.org.