Americans Are Much Smarter Than Terrorists And Their Government 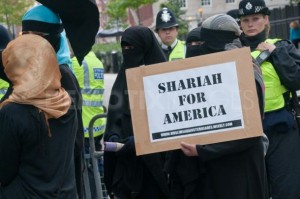 (Fred Weinberg/The Penny Press) – It was early in the morning 11 years ago last Tuesday that I got a phone call from an old college friend of mine who happened to be a pilot. “Turn on the TV,” she said, knowing she had awakened me from across the country.

I did, just in time to see United Airlines 175 crash into the World Trade Center tower number two.

The day before, I had agreed to sell my Las Vegas radio station, KRLV, and taken a very large check as the earnest money.

But, whatever was three or four months down the road, we were still in the radio business that morning and, with a live morning show, we had some serious work to do.

The first thing which happened is that I tuned into the station and I heard a young lady on a network which shall go nameless (it was one of the big three) to protect the guilty say on MY radio station:

“America was brought to its knees this morning by. . .”

I called Rodd Stowell, my morning man, and told him to take the newscast off the air and come back directly to us, at which point I said that this nation is far to big to be “brought to its knees” by some terrorists. In fact, I said that the only people who can bring this nation to its knees are us.

And then, we proceeded to cover the story.

Some things you do without thinking about them. That was one of them. Of all the things I did and said that day, I can look back with the most satisfaction on that.

I am as proud of my staff today as I was on that day because we did what we were supposed to do which was keep company with a large group of listeners while we confronted a new normal. Radio has become more and more just a business, but on that day, for just a small point in time, we were all Edward R. Murrow telling our listeners, “this, is London.” And we probably had more listeners that day than any day since.

Eleven years has given us some perspective.

I was right then and am still right that a bunch of terrorists cannot bring this nation to its knees. If you don’t believe it, get into your car and drive a lap of America. You’ll believe it when you get back.

More importantly, I was right that the only people who can bring this nation to its knees are the people who, as Clint Eastwood said, own it. You and me.

This is the oldest experiment in self government in our world.

A true patriot understands that this experiment has been passed, hand to hand, from the founders to us, since 1776 and our job is to preserve that experiment and the values which came with it.

We’re certainly not perfect as a nation. And we’ve had, over the years, some fierce debates as to exactly what those values are. Those debates are hardwired into our national DNA.

But, even when we disagree, we should always uphold the goal of remaining free to govern ourselves and make government work for its owners.

When we occasionally forget that, we should remember what the goal of the 19 hijackers was.

They wanted then—and their successors still do—to impose upon us an inflexible, one religion regime which uses words like “infidels” and “nonbelievers” to describe anyone who disagrees with them.

Here are some secondary truths from 11 year ago.

These yahoos hijacked four planes. By the time they had crashed the first three planes, the folks on the fourth plane had discovered their true mission and, at a sacrifice of their own lives, stopped it.

The real heroes of 9-11 were the people on United 93, who very calmly said to themselves and each other, “not on my watch”. The last words we heard from that flight, on a cell phone, was from a young man named Todd Beamer asking his fellow passengers if they were ready and saying, “Let’s roll.”

We don’t know exactly what happened except to say that Beamer and his fellow passenger made the score USA 1, Terrorists 3 in a come from behind game. And then we took Kabul and then we took Baghdad. And then, Seal Team Six wiped Osama Bin Laden from the face of the Earth.

There were a lot of heroes on that day and the days the followed, but the truth is that the biggest of them were just ordinary American doing what they thought was right.

Radical Islamist terrorists can never defeat America because we have the Todd Beamers of the world on our side.

May it always be that way.