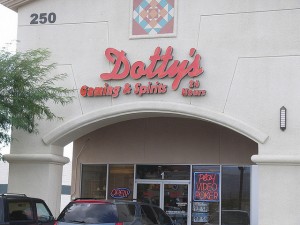 (Assemblyman Ed Goedhart) – Some people just can’t stand success. Especially when it’s someone else’s. Or a politician who can’t take credit for it.

Nevadans continue to struggle to find jobs. Still, we have politicians who claim to want to help but who keep putting bigger and higher roadblocks in front of the companies who are successful and are creating those jobs.

As a small businessperson myself, I’ve experienced my share of politicians carving out sweetheart deals for the big boys that leave the little guys out in the cold. Years ago, one of our big competitors in the dairy business was granted a special exemption by Harry Reid that put our small dairy and others like it at a competitive disadvantage.

Recently, the Clark County Commission did something along the same lines. Not only did the Commissioners change the County’s ordinances to put some smaller operators at a competitive disadvantage, they did so in a way that might force these growing companies out of business altogether.

In a staggering display of legislative hubris, they didn’t just change the rules going forward and apply them only to new locations and new businesses. They made the changes retroactive, forcing existing locations to make expensive renovations or shut down.

They assumed for themselves the power to declare businesses whose models they themselves had recently blessed to suddenly be illegal. This act of government overreach, if allowed to stand, presents a threat to every small business in the state of Nevada.

Dotty’s taverns have been around for about 15 years. When they first started, there weren’t many people who gave them much of a chance. They had an idea that no one had ever tried before, and they catered to a clientele that no one had specifically targeted.

But they did make it. Dotty’s hasn’t just survived, they have thrived. During the hardest economic times most of us can remember, Dotty’s has been opening new locations and hiring new employees. Politicians who want to know how to create jobs ought to be looking to Dotty’s for advice instead of trying to shut them down.

To show just how absurd the CountyCommission’s requirements are, consider this: In order to be considered a tavern under its new guidelines, a business would have to have a bar with at least eight bar-top machines. The Genoa Bar and Saloon, the oldest bar in the state of Nevada, has no bar-top machines and would not qualify under that definition.

That’s right, the oldest bar in the state would not meet the criteria of a bar as set by the Clark County Commission. In order to qualify, the owners would have to destroy a piece of Nevada history – the 158-year old bar-top.

The Nevada Gaming Commission is considering adopting rules similar to those of ClarkCounty, although not quite as strict, that would apply to the entire state. Some of the proposals in front of this Commission would also be retroactive, applying to locations that have been in business for over a decade.

These changes could also affect bars in rural areas that might not be able to comply with some of the requirements, which were based upon characteristics of urban bars. It would be difficult for some taverns in the rurals to meet the requirements for the minimum sizes of the bar and restaurant and conditions to keep a kitchen open for a certain number of hours. If they can’t comply, they would have to give up gaming, which is the equivalent of a death sentence.

This is just one more example of how Nevada is destroying its status as a business-friendly state and destroying businesses and jobs along with it. At a time when we should be doing everything we can to attract new companies, we have a county commission passing laws that may actually force businesses they had considered perfectly legal until just recently to shut down.

If this attack on a successful business model stands, it would send a terrible message to entrepreneurs and investors looking at Nevada– small businesses are fine as long as they stay small. If you start to get too big and stick your neck out too far, the politicians in this state might just cut it off.