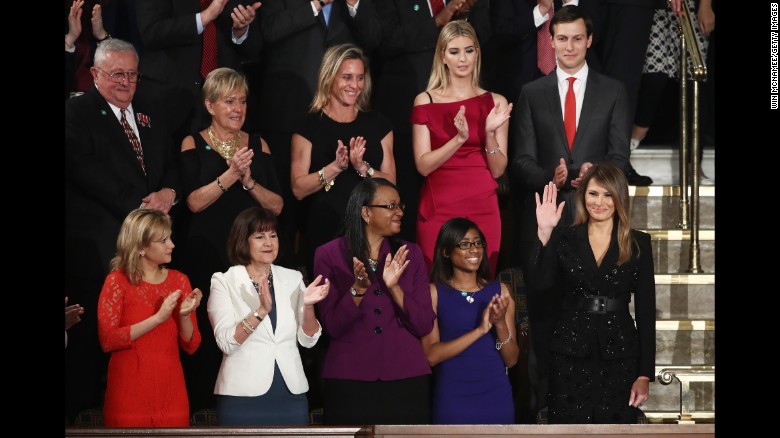 (Kate Bennett, CNN) – The more Americans learn about first lady Melania Trump, the more they like her.

Her favorability rating is up 16 points since her husband was sworn-in as President, according to a CNN/ORC poll released Wednesday in CNN’s COVER/LINE newsletter.

About 52% of Americans have a favorable opinion of Melania Trump, an increase from 36% pre-inauguration. In February 2016, the former model’s favorable rating was a paltry 24%, her unfavorable was 31% and 23% had never even heard of her. Now, just 3% say they don’t know who the first lady is, and her unfavorable rate has held steady at 32%.

Most of the recent uptick in favorable results are due to those undecided Americans, or those who had yet to form an opinion. Pre-inauguration, 23% had no opinion about the first lady, compared with 12% now.