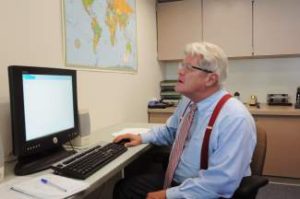 One BDR would establish a “charter agency” framework under which state agencies that choose to opt into this mode of operation would get greater discretion and freedom in their purchasing, personnel and other operating decisions.  In return, the managers of these agencies would be held more accountable than they presently are for meeting certain performance goals by requiring them to sign performance contracts that would specify the performance goals.

In addition, charter agencies would share in the spending savings they are able to generate if they meet their performance goals at lower costs than their legislative appropriations.  Half the savings would go to the agencies and half to the general fund, reducing the burden of state government on taxpaying Nevada families and businesses.  The agencies would be allowed to use their portion of the savings. For example, to reward the extraordinary achievement and effort of state employees with bonuses up to 15 percent of their salary.

“This is the kind of reform government needs to operate more efficiently and effectively,” Knecht said.

A second BDR would create a hybrid defined-contribution/defined-benefit retirement plan under Nevada’s Public Employees Retirement System (PERS).  Employees would have the option to move into this plan, which would diversify their risks and provide them greater freedom and control in their retirement financial planning.  They would not be required to participate in this program, but could not return to the existing programs once they opt into it.

This program will not accelerate the amortization of any unfunded actuarial liability in existing PERS plans.  However, the hybrid plan would reduce the public employer’s share of such liabilities for employees in that plan.

“Nevada PERS faces great challenges due to unfunded liabilities, and these challenges are not only a burden on taxpayers, but they also threaten the retirement security of public employees,” said Knecht.  “This hybrid plan would not only stop the growth of taxpayer burden, but it would also allow employees to provide greater security for their retirement.”

A third Controller’s BDR seeks to promote better management, economy and frugality in Nevada government and support the public credit by giving the state’s political subdivisions (all units of local government) the option to negotiate or refuse to negotiate with recognized public-

employee unions.  Presently, local governments must engage in collective bargaining with these unions, and this requirement significantly raises costs to taxpayers and makes these governments operate inefficiently and in non-transparent ways.

“This bill corrects a mistake made nearly half a century ago when the Legislature tied the hands of local governments and unfairly burdened their taxpayers,” said Knecht.  “We want to restore the power to local officials to be responsive to their citizens and to operate economically.”

A fourth Controller’s BDR would encourage state agencies to make greater use of purchasing cards issued under an existing arrangement with a vendor of such services.  Increased use would benefit taxpayers because the state gets a rebate of 1.6 percent on the amount of charges made to these cards, and that rate could even rise if the state’s dollar volume increases significantly.

The program would provide that the agencies making charges and paying bills with these cards – charges and bills now paid via state checks or electronic transfers – would keep a portion of the rebated amounts.  These revenues are intended to supplement, not replace or diminish any other revenues the agencies receive.  The remaining funds would accrue to the state’s Rainy Day Fund, lowering taxpayer cost burdens and the state’s risks due to economic uncertainty.

“We have coordinated with other state agencies who agree that this idea is very much in the public interest,” said Knecht.  “The amounts would be modest, but these are the kinds of good management measures that add up to efficient government.”

The final Controller’s BDR addresses a technical issue between the Controller and Human Resources / State Payroll offices.  Currently, checks for state employees who have separated from state service are being held in paper form in their files when those checks are returned as undeliverable to State Payroll.  Check amounts range from a penny to over $10,000 and total $523,000.  This bill would require that such checks for more than $10.00 be remitted to the Unclaimed Property Division in the Treasurer’s office, which has an active program to return such property to its owners.

“All four of our other BDRs are expected to save the state and taxpayers modest to very large amounts of money in the future,” said Knecht, “and they have no cost impact on the state budget.  There may be a very modest cost to state payroll to physically recover the existing paper checks affected by this measure, but no ongoing cost once the new procedure is implemented.”