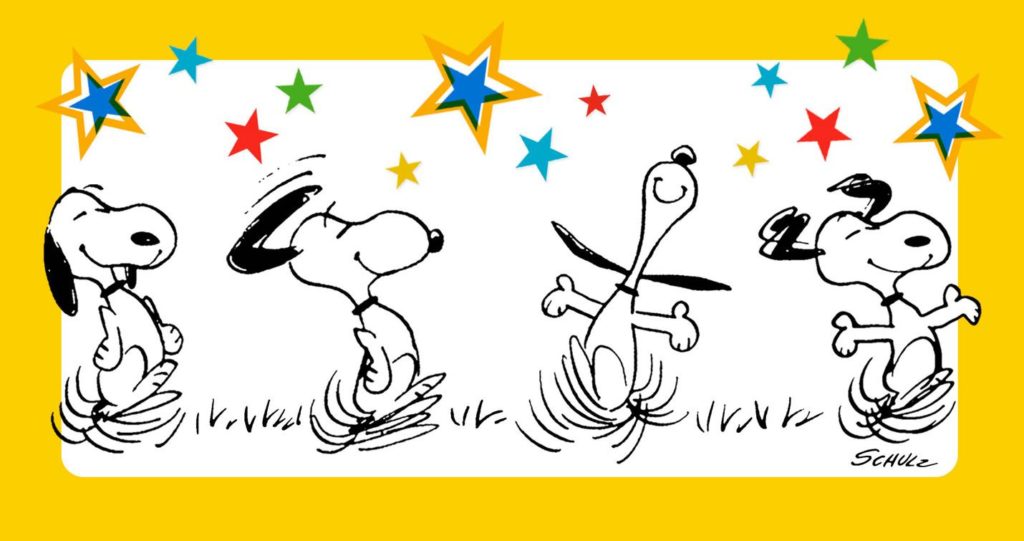 For a while there I thought January 3, 2018 had been designated “National Democrat Snoopy Dance Day.”  Then I found out what all the jubilation was about.  They were actually celebrating voter fraud.

But the announcement wasn’t one of surrender on this critical issue; only a tactical retreat.  The project is now being turned over to the Department of Homeland Security which has the power and authority to proceed that the commission didn’t have.

In addition, the president refocused the nation’s attention on the need for stronger voter ID laws…

“As Americans, you need identification, sometimes in a very strong and accurate form, for almost everything you do…..except when it comes to the most important thing, VOTING for the people that run your country. Push hard for Voter Identification!”

Nevertheless, Democrats erupted in ecstasy over the project’s demise…

“The commission never had anything to do with election integrity,” crowed Senate Minority Leader Chuck Schumer.  “It was instead a front to suppress the vote, perpetrate dangerous and baseless claims, and was ridiculed from one end of the country to the other.”

Never one to miss a politically expedient opportunity, Rep. Dina Titus (D-NV) chirped in: “Wondering why our Secretary of State handed over data to this sham commission created to disenfranchise and why our AG didn’t try to stop it???”

“With all due respect,” chimed in Democrat Assemblyman Nelson Araujo with no respect at all, “Secretary Barbara Cegavske should never have agreed to participate in this sham commission. . . . (Y)et Secretary Cegavske willingly agreed to give away voters’ private, personal data for the sake of partisan political gain.”

You would think a guy running against Secretary Cegavske would know, you know, the law.  And you would be wrong.  The fact is the information submitted was NOT private data.  But don’t take my word for it.  Take it from self-identified liberal columnist Steve Sebelius, who could never be confused as a member of the vast rightwing conspiracy.

“That’s simply untrue,” Steve tweeted in response to Araujo’s attack.  “Cegavske agreed to provide POTUS election fraud commission with PUBLIC information.  @SOSCegavske would have had no choice but to release all public information to anyone who asked, be they president or pauper, and regardless of motive. That’s simply Nevada Public Records law.

“As someone who has run into public officials who have tried to ignore or get around public records laws in my career,” Mr. Sebelius continued.  “I find the idea that anyone would suggest withholding those records for any reason to be wrong.”

P.S.  The Secretary of State’s office issued the following clarification (and take-down of Ms. Titus) on Thursday…

“The President of the United States is a great man. You know I support him day in and day out.” – Steve Bannon, president of Breitbart News, after yesterday’s kerfuffle, 1/4/18

The Center SquareSeptember 21, 2022
Read More
Scroll for more
Tap
Top 10 Nevada GOP Primaries to Watch in 2018
We All Win with the Federal Tax Cut and Reforms