Feds could limit water flow to Arizona, other western states

Feds could limit water flow to Arizona, other western states
The Center Square 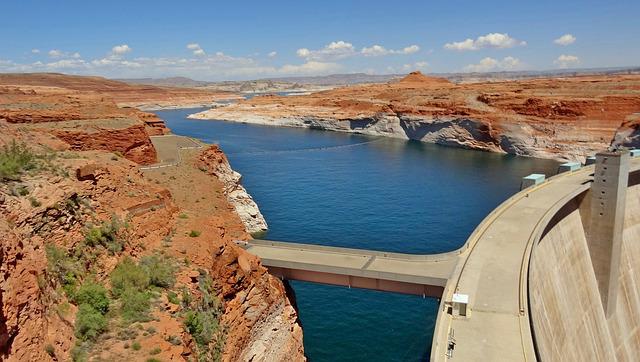 (Cole Lauterbach) – The federal agency that regulates water in Lake Powell warns that it may have to limit downstream water flow, affecting drinking water in Arizona and other western states.

Tanya Trujillo, Assistant Secretary for Water and Science for the U.S. Department of the Interior, wrote governors’ offices of seven states about the continually falling water level in Lake Powell.

The reservoir is one along the Colorado River Basin and supplies millions with not only a source of freshwater but also electricity from the hydroelectric plant at the Glen Canyon dam. Currently, water levels sit at 3,522’ mean sea level (msl) but continue to fall, according to U.S. Bureau of Reclamation data.

Should the water level drop below 3,490 feet msl, Trujillo warned the governors that the shortage would affect both water flow downriver and power generation at the large power facility.

“In such circumstances, Glen Canyon Dam facilities face unprecedented operational reliability challenges, water users in the Basin face increased uncertainty, downstream resources could be impacted, the western electrical grid would experience uncertain risk and instability, and water and power supplies to the West and Southwestern United States would be subject to increased operational uncertainty,” she said in her April 8 letter.

She added that a nearby Arizona city and part of the Navajo Nation would lose drinking water should Lake Powell’s water level be allowed to fall below the threshold.

“In addition, should Lake Powell decline further below elevation 3490 feet, we have recently confirmed that essential drinking water infrastructure supplying the City of Page, Arizona and the LeChee Chapter of the Navajo Nation could not function,” she wrote.

The solution, Trujillo said, would be to pre-emptively limit the amount of water released downstream. She suggests in the letter that the agency reduce downstream water to 7 million acre-feet, representing a nearly 7% reduction in the “water year” that ends in September.

Tom Buschatzke, Director of Arizona’s Department of Water Resources, told 12News that the state’s residents are “going to have to learn to live with less water.”

In addition to Arizona, Trujillo sent the letter to governors in California, Colorado, New Mexico, Nevada, Utah and Wyoming. The states, along with authorities in Mexico, have until April 22 to respond to the request.