Groundhog Day for the Gun Controllers

We were greatly saddened and angered by the October 1 attack launched by a terrorist from MGM’s Mandalay Bay Hotel in Las Vegas on the Route 91 Harvest Festival 2017 music concert. 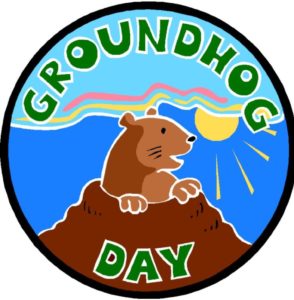 The people we know who were at the concert all had left prior to the attack or managed to get away unharmed.  But we have friends who lost people in this horrendous attack.  And even folks who did not know anyone directly affected by this mass murder are rightly shocked, angered and troubled by it.

However, the reaction to this event by politically correct liberals and their media amen corner is nothing but a version of the classic film Groundhog Day.  That’s the movie in which the main character must relive the same day over and over again until, as one online summary says, he gains some karmic and comic insight into his life.

Unfortunately, the left and media show no signs of karmic insight or any other kind.  Instead, each event such as this one presents them an opportunity to rehearse yet again their tired gun control litany.  As Chicago Mayor Rahm Emanuel says: “Never let a serious crisis go to waste.”

So, they have demanded and gotten all kinds of measures passed over the years to apparently no effect at all.  They’ll do it again by banning bump stocks, which the shooter in Las Vegas used.  And again, it will make no difference of any consequence.

Why?  As long as there are individuals willing to trade their lives for the lives of their victims to make whatever point they are trying to make, they will have some degree of success.  Indeed, there seems to be an endless supply of such demented persons.  And no amount of new gun control laws will stop most such events.

People who plan to perpetrate violence are not people who follow the law in the first place.  So, new laws will not deter them, regardless of how restrictive they are.  Murdering 58 people is already against the law, whether you do it with a gun or a bomb or a vehicle.

If laws were effective against such insanity, the terrorist would have decided to take all of his guns and go home when he recognized the Mandalay Bay Resort was a gun free zone.  He would have scotched his plan entirely because he was violating resort policy even bringing one gun onto the property.

As John Lott noted on Fox News: “All four of the 2015 mass shooting public events (in France) involved machine guns…”  Yet, they are illegal, just as they are in the United States.  So, how did those gun laws save any victims?

In the Paris attack in November 2015, 89 people were executed in the Bataclan theatre.  The terrorists had automatic weapons, and the unarmed concert goers in the theatre were simply lambs that were slaughtered.

The law will not stop the lawless.

Gun owners also realize the stakes.  Bump stock sales have gone through the roof since the attack.  Why?  Because people won’t be able to obtain a bump stock except on the black market after a new law is passed.  Most did not even know what one was until this event.

So a new law will cause this minor effect but have no effect on safety of the American people.  The gun control lobby knows this, and what they really want is the elimination of all guns in private hands.  And thus the elimination of the people’s inherent and essential right to self-defense.

But that won’t happen – thank goodness.  And so they’re reduced to doing something purely symbolic to demonstrate their alleged virtue on the issue and con themselves into believing they’ve done something about the real problem – which they have not and will not.

Mass murder and the mayhem caused by events like the one in Las Vegas is a serious problem we need to address.  But we don’t yet know the answer and we may not know it for a long time.  Just doing something ineffectual and purely symbolic is not a reasonable substitute but is instead a waste of time and resources.

What’s needed is an adult approach to the issue.