(Chuck Muth) – Richard Viguerie has been appropriately nicknamed the “Godfather of the Conservative Movement.”  He’s been involved in conservative politics since back in the Eisenhower days and pioneered the use of direct mail for conservative fundraising. He’s an icon.  A legend.  And when Richard speaks, conservatives would have to be clinically insane not to listen. Last week Richard did an analysis of 2022 general election – which he accurately referred to as a “disaster for conservatives” – and laid the blame at the feet of “weak and ineffective” leaders.  Some snippets for your consideration…      “There’s no denying the fact in the 2022 elections liberals outgunned conservatives.  Democrat/liberal leaders beat Republican/conservative leaders like a drum.  There is plenty of blame and finger-pointing for Tuesday’s colossal failure by the GOP to achieve a resounding victory under the ideal circumstances for a wave election.” Richard goes on to painfully remind us exactly what those ideal circumstances were…      “The Republicans had the most favorable political environment ever.

“So, with the best political environment ever, we have a squeaker of an election.  How do we expect to have big election victories in the future and govern America at the national, state, and local levels with our present, ineffective leaders?” Indeed, Richard continues, GOP leaders “lost a major battle to a far weaker opponent,” in no small part due to “content-free consultants who appear to be significantly outmatched by those running the Left’s campaign operations, strategy, marketing, fundraising, etc.” It almost sounds like he lives here in Nevada! Richard continues…      “Conservatives are like the Biblical Jews who had to wander through the desert for 40 years until that generation of failed, flawed leaders had passed away.       “Conservatives are not going to get to the political promised land until this generation of failed/flawed leaders are replaced and new ones arrive.      “Conservatives and Republicans need new leaders, mostly younger (under 40) who have a bold, aggressive, entrepreneurial spirit and want to play an important role in preserving liberty/freedom.” Fortunately, Richard has provided some solutions in his new book, “Go Big” (which I started reading last night), that will be summarily dismissed and ignored by our current “leaders.”   A couple of my favorites as it applies to Nevada.  We need…

In conclusion, Richard issues a figurative call-to-arms…      “Conservatives with a bold, aggressive, entrepreneurial spirit – this is your moment, your opportunity – America needs your leadership.  Rush to the sound of the guns.” Indeed.  Don’t wait for orders from above from those who blew this election cycle.  Just take the ball and run with it.  You can’t possibly do worse than our present “leaders” have.  Damn the torpedoes; full speed ahead! And if you’re serious about getting into the game and really want to make a difference while saving America and Nevada for the next generation, here are two places to start…

FAMOUS LAST WORDS “Our culture is awash in prognostication — the ‘art’ of predicting what’s gonna happen next. It’s a great gig in politics, cuz no matter how often you’re wrong, you never pay a price. You just shrug, mutter something about ‘unforeseen circumstances no one could have known about,’ and move along theatrically to the next wildly incorrect prediction.” – John Carlton “I don’t understand much about politics…” – Liberal blubber-blogger/prognosticator Jon Ralston, 1/2/20 How the Nevada Governor’s Salary Compares to Other States

Republicans “Rigged” Nevada Elections Against Themselves 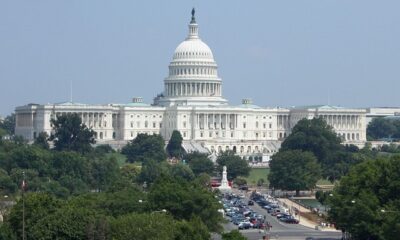 ANNOUNCEMENT: Here’s How to Get a “Sneak Peek” at My New Inner Circle Club