How Many Times Can You Tell Your Constituents To Go Screw Themselves?

How Many Times Can You Tell Your Constituents To Go Screw Themselves?
Penny Press 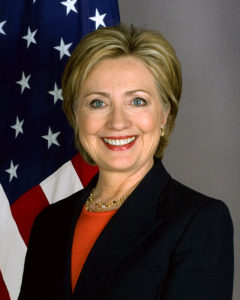 Hillary Clinton lost in 2016 because:

There’s an answer missing from this equation which we’ll get to in a minute.  But I tend to think that the main answer would be that she made no secret of her distaste and disdain for average Americans who work hard, play by the rules and, oh yeah, live in Middle America.

I used to own both a weekly newspaper called (surprisingly) the Penny Press and a chain of radio stations in Oklahoma.  Some of those stations were located in the Second Congressional District which was, for many years, represented by the late Mike Synar from Muskogee.

In 1994, Mikey’s liberal voting record finally caught up with him and he was beaten in the Democrat primary by a 71-year-old retired school principal.  (Republican Tom Coburn later won the seat in the general election in a district where they used to spray for Republicans.)

Now, I’ll admit it.  Mikey was a friend.  (He died a few years later of brain cancer.) He never asked the politics of a little old lady whose social security check was missing and always represented his constituents who had problems with the bureaucracy irrespective of the fact that he was way more liberal than they.

And his district finally had enough.  When he got beat, someone called a staffer of his and asked what happened.

“I guess there is a limit to how many times you can tell your constituents to go screw themselves,” was the answer. That’s another way of saying that Muskogee Mikey was more or less the person which Merle Haggard sang about in his classic Okie from Muskogee.  Washington Mikey was a different story.  He simply kept his more ridicules liberalism in DC and away from the good people of Muskogee for as long as possible.

Like a lot of members of the DC Hackocracy do.

The real answer to my little pop quiz above may well also include the fact that Donald Trump beat her like the Energizer Bunny beats his big bass drum.  She was a horrible candidate, so secure in her personal hubris that she saw no path to losing until she had officially lost on Wednesday morning.

In short, “I guess there is a limit to how many times you can tell your constituents to go screw themselves.”

Now, think about what is coming up in the next two years.

You’re listening to the Fake News media assaulting the President as if these people had some idea of history and reality.  As if they actually knew what they were talking about.

Here’s a dash of reality:

Very few people in their late 20s and early 30s have enough life experience to have a clue as to how the world really works.  So, they take positions based on not much of anything except who they like and whatever experience they have gained in their very short lives.

That’s why, if Donald Trump cured cancer next week, these are people who would accuse him of overpopulating the planet.  Most of those people work in either the media or establishment politics.

So, how do you think this is going to end?

Well, there are several possibilities starting with nothing changes and we will continue to hate each other.

But, should the Democrat party choose to push the issue to a ridicules conclusion, they may discover what many of us already know, which is that many of us will choose to tell them to go straight to hell and do not pass go if they still hew to the idea we are deplorable.

And, if they try to remove President Trump, we’ll be edging into armed revolution territory.

Those words are not quite as imposing as they used to be.

Do you really think that a Democrat tinhorn dictator (which is what it would take to remove the President) could get our military to fire on their fellow citizens?

If you do, you aren’t old enough to remember Kent State.

I do hope we never fall into a state of anarchy, but it sure seems that the extremists on the left want that.

If they do, I do have confidence that the good citizens of this great nation will call their bluff.