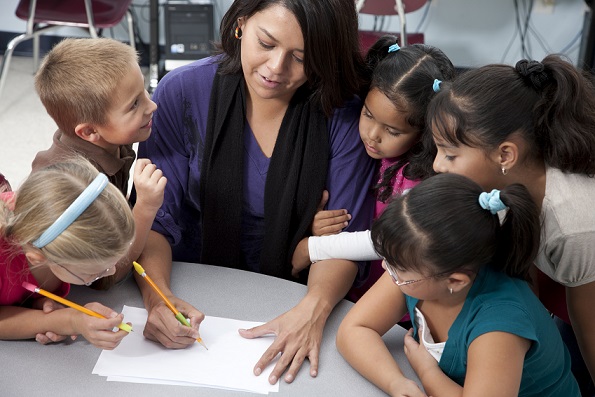 (Susan Meyers, FFEC) – Latinos living in the United States support school choice in higher numbers than the general population and nearly all other demographics, according to a new survey released today by the Friedman Foundation for Educational Choice.

Latinos’ level of support for school choice measures was also found to be significantly higher than the national average. Seventy-one percent of Latinos said they support school vouchers compared to 61 percent nationwide. Seventy-six percent said they supported tax-credit scholarships for children to attend the school of their choice. Nationwide, 60 percent support tax-credit scholarships.

Seventy-three percent of Latinos favor ESA policies, which give parents an education expense account to spend on a variety of learning services for their children including, but not limited to, private school tuition. Across the country, 62 percent support ESAs.

“Many Latino families believe their children are zoned to attend, in their own words, some of the worst public schools in America, and they want more options,” said Robert Enlow, president and CEO of the Friedman Foundation for Educational Choice. “They know that a good education will create opportunity for their children to move ahead in life.”

Last spring, Nevada-where Latinos make up 40 percent of the statewide student population-became the first state in the nation to adopt ESAs for all 453,000 of its public school students. Nationally, 58 private educational choice programs ranging from vouchers to tax deductions are currently operating in 27 states and the District of Columbia.

The survey also found stronger support among Latinos for public school choice options, such as charter schools. Sixty-two percent say they favor them compared to the national average of 53 percent.

Other significant findings from the survey include:

“If this survey tells us anything, it tells us Latinos place a high value on educational quality,” Enlow said. “No matter their background or income, Latino parents desire as many opportunities for their children as possible, and the American public education system should be responsive to that.”

Braun Research, Inc., interviewed 1,002 adults in the 50 states and District of Columbia by live telephone calls during the final weeks of the school year, April 22 to May 12. Additionally, there was an oversampling of 407 adult Latinos in order to produce a total Latino sample that included 532 completed phone interviews. The margin of error for the statistically representative Latino sample is ± 4.2 percentage points. The Friedman Foundation funded this project, developed the survey instrument, conducted the analysis, and published the final report.

Susan Meyers is the National Media Relations Director of The Friedman Foundation for Educational Choice, a 501(c)(3) nonprofit, nonpartisan organization founded in 1996 by Milton and Rose D. Friedman. The foundation’s goal is to advance a K–12 education system in which all parents, regardless of race, origin, or family income, are free to choose a learning environment—public or private, near or far, religious or secular—that works best for them. For more information, visit www.EdChoice.org.