Manning: Trump’s budget really could make America great again. Will Congress allow him to do it?

Manning: Trump’s budget really could make America great again. Will Congress allow him to do it?
N&V Staff 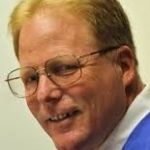 (Richard Manning, Fox News) – Most presidents’ budgets are “dead on arrival” in Congress.  It happened to Obama and Bush, and there are those who hope it happens to President Donald Trump.

That would be a huge mistake.

President Trump is submitting a budget that balances in ten years, making many of the tough choices to get the nation’s finances back on track without touching Social Security or making changes to Medicare beyond rooting out fraud.

Every GOP Member of Congress ran on limiting the size and scope of government, and bemoaning the ever-increasing national debt and the impact it will have on our children’s economic future must be part of Republican candidate training schools.

The truth is that in spite of all the political rhetoric, the Obama presidency, with the agreement of Congress, has left our nation $20 trillion in debt with $500 billion-plus annual deficits for as far as the eye can see.  Interest due on the $20 trillion amounts to almost $500 billion annually in interest payments alone, and if left unchecked, those payments are projected to top $1 trillion within the next ten years.

Our nation must get our fiscal house in order now, or else we may never have another opportunity, and President Trump has provided a pathway to bring our nation back from the brink of insolvency. The GOP Congress should work closely with him to bring their joint visions of our nation’s economic priorities into law.

The Center SquareNovember 3, 2020
Read More
Scroll for more
Tap
Galen: The Riyadh Speech
Joecks: Facts getting in way of those trying to smear Laxalt