Mitchell: Never let the facts get in the way of the liberal agenda

Mitchell: Never let the facts get in the way of the liberal agenda
N&V Staff 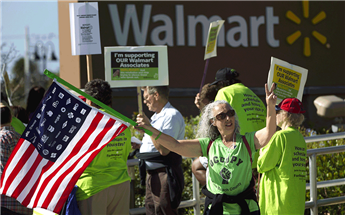 It is about creating a nation founded on fairness and egalitarianism. Everyone is going to be equal even if that means equally poor.

“Well, Charlie, what I’ve said is that I would look at raising the capital gains tax for purposes of fairness,” he stressed. “We saw an article today which showed that the top 50 hedge fund managers made $29 billion last year — $29 billion for 50 individuals. And part of what has happened is that those who are able to work the stock market and amass huge fortunes on capital gains are paying a lower tax rate than their secretaries. That’s not fair.”

In fact, he seemed to dismiss as irrelevant the fact that his “fair” taxes might generate less revenue. That wasn’t the point fairness was.

This ideological spin and the damn the outcome attitudes was skewered on the two facing opinion pages of Investor’s Business Daily today.

Tom Sowell noted that the current Democratic mantra is that “the rich” don’t pay their “fair share.” He argues that the soak the rich appeal is nothing but an emotional political appears with no basis whatsoever in facts, history or economics.

“When the state of Maryland raised its tax rate on people with incomes of a million dollars a year or more, the number of such people living in Maryland fell from nearly 8,000 to fewer than 6,000,” Sowell writes. “Although it had been projected that the tax revenue collected from such people in Maryland would rise by $106 million, instead these revenues fell by $257 million.

“There was a similar reaction in Oregon and in Britain. Rich people do not simply stand still to be sheared like sheep. They can either send their money somewhere else, or they themselves can leave.”

Then there was the lede editorial on the opposite page that relates what happened when Wal-Mart bowed to political pressure and raises the minimum wages it pays its employees.

Wal-Mart  raised its base wage to $9 an hour in April and plans to increase to $10 an hour in February 2016. This past week the company said it expects a drop of 6 to 13 percent in earnings due to higher costs.

Everyone praised the wage hike, but did not seem to think much about the 1,000 workers the company laid off at its headquarters or the 2,500 workers who lost jobs when five stores closed due to plumbing problems.

After the announcement of the earnings projection, Wal-Mart’s stock price fell 10 percent in one day — a $21 billion loss. Lack of fiduciary responsibility to the shareholders?

How will a government enforced hike the minimum work out any differently?

Then there is the war on carbon mentioned in another editorial that points out how the executive secretary of the United Nations Framework Convention on Climate Change said “we are setting ourselves the task of intentionally, within a defined period of time, to change the economic-development model that has been reigning for at least 150 years, since the Industrial Revolution.”

They don’t want to save the planet they want to transform the way people live. They want people to live in high-density rabbit warrens without private cars, scratching out of menial living in menial jobs.

Still another editorial shows how the ObamaCare projections are coming up short of original pie-in-the-sky projections.

ObamaCare enrollment will be about half what the Congressional Budget Office projected.

“This terrible forecast comes in the wake of the massive rate increases that insurers across the country requested for 2016, some of which were as high as 50% and many of which state regulators are approving, despite administration promises that they’d be knocked down,” IBD editorialists observe. What happened to that $2,500-a-year savings?

Eight ObamaCare exchanges, including Nevada’s, are going belly up with more to come.