Mitchell: Opponents of ESAs want everyone to suffer equally 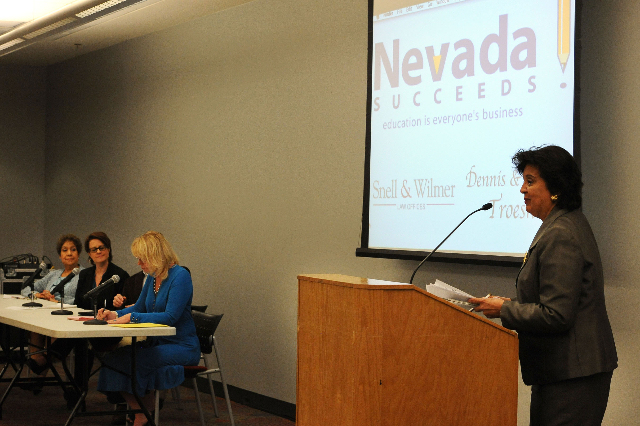 (Thomas Mitchell) – Apparently the opponents of the state’s new education savings account (ESA) law have a twisted egalitarian view of how our democracy is supposed to work: All people are created equal and, by Jove, they all should stay that way.

In an op-ed piece, Sylvia Lazos, policy director of something called Educate Nevada Now, first states that Nevada has just about the worst-performing public education system in the nation but then argues that no one should be allowed to opt out because this would leave the public schools with a higher percentage of at-risk pupils.

The ESA program would give parents, whose children have been in public school for 100 consecutive days, with about $5,000 per child to leave public schools and pay for private schooling or homeschooling.

Lazos calculates that, if all the 20,000 children currently in private schools choose to use ESAs, it would cut $100 million to public school budgets. That assumes the parents of those 20,000 students would pull them out of private school and put them in those poor-performing public schools for 100 days.

The part of the equation opponents of ESAs neglect to mention is that Nevada currently spends nearly $9,000 per pupil per year, according to National Education Association figures published in May. For every student who opts out, the public schools would have nearly $4,000 to spend on those who remain — in less crowded classrooms. They keep demanding more money, so there it is.