Motley: Will the Weak, Wobbly GOP Ever Show Any Spine – Anywhere? On Anything?

Motley: Will the Weak, Wobbly GOP Ever Show Any Spine – Anywhere? On Anything?
N&V Staff 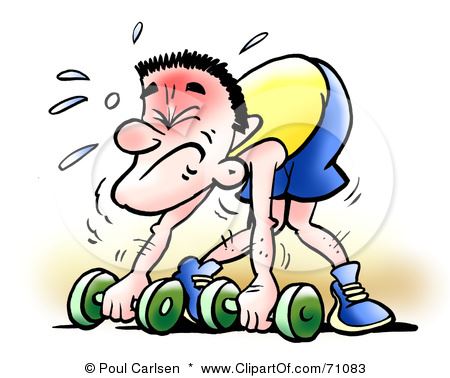 The Republican Party has a long and storied history – of being weak and wobbly.  Thatcher favorite Ronald Reagan was the exception – a cavalcade of others the rule.

In fact, used often is the term RINO – Republican In Name Only.  To describe non-conservative, weak-and-wobbly Republicans.  I would argue the opposite is true.  Ronald Reagan was the RINO – the steel-spined uber-minority in the vast-majority-feeble GOP.

We’ve just emerged from eight years of the utterly corrupt, constantly lying, law-violating and national security breaching Democrat Barack Obama Administration.  About all of which Republicans did…almost exactly nothing.  Lots of hearings and press releases – nothing of substance.

Republicans were led out of the Obama wilderness – by now-President Donald Trump.  Against whom they fought – ten times as hard as they ever did against Obama.  And now that Trump is in office – and doing lots of really great less government things – the GOP is doing next to nothing to back him.

This Russia-Trump collusion story – is a ten-month-and-counting giant nothing.  There remains ZERO evidence to back any claim.  Yet we just yesterday had the announcement of a special prosecutor (or whatever).  And you have already long had GOP Wobblies all over the place wringing their hands and chattering their teeth – over this enormous NOTHING.  Way to hang tough.

There must be something in the Republican water.  Because in states throughout our nation, many Republicans demonstrate equal squishiness.  (Though, admittedly, in far lesser percentages than their federal counterparts.)

Really?  Republicans have in the last decade picked up about 1,200 seats up and down the ballot – in large part thanks to their opposition to Obamacare.  Now that We the People have delivered all things GOP the numbers to do something about it – they all go weak and wobbly.

Then there’s the New York GOP.  They of course have a long history of Empire State Leftism lording over them.  They currently have ridiculously Leftist Democrat Governor Andrew Cuomo with whom to deal.  They have a crushing dearth of state House members.  We get all that.

But they currently hold an even state Senate split (thanks to one vacancy).  And with Cuomo in the midst of a gigantic, fake-energy, cronyism-infused power grab – the time for NY GOP wobbliness is over:

“Governor Andrew Cuomo announced a unilateral mass expansion of government…: ‘The state’s Public Service Commission (PSC) earlier Monday passed a new set of standards that by 2030 is supposed to ensure that half of New York’s energy needs are met by renewable methods, ranging from solar and wind, as well as hydro and nuclear power.’”

All of which is terrible for New Yorkers.  Which you think would be of interest – political and otherwise – to the NY GOP.

And it ain’t just me thinking this way.

Norquist is the president of Americans for Tax Reform (ATR).  So un-fond of tax increases are Norquist and ATR – they have their famous Taxpayer Protection Pledge.  Which they offer to elected officials and candidates up and down the ballot.  If they sign – they promise to not raise net taxes in any way, shape matter or form.

Cuomo’s $8 billion – is a whole lot of raised taxes.  Norquist – isn’t amused.  By Cuomo – or the lack of any sort of NY GOP reaction:

“What is more shocking than Cuomo’s blatant disregard for the economic well-being of his constituents and businesses is the fact that many of New York’s fiscal Republicans have continued to be silent throughout. The chair of the New York Senate’s committee on energy, Joseph Griffo, who is also the deputy senate majority whip, has been noticeably absent in the debate.

“Downstate Republicans, such as state Sens. Elaine Phillips, Kemp Hannon, John Flanagan, and Kenneth LaValle, have also been shockingly silent on the matter, although their constituents will be the ones burdened by higher utility rates to fund a bailout for which they receive zero benefit.

“Logically one would think that these New York Republicans would be up in arms over a plan pushed by a Democratic governor that will cost their constituents billions to fund a government bailout benefiting one corporation. Sadly that has not been the case.”

Once and yet again – it appears that weak-and-wobbly is the GOP default.

Here’s hoping the NY GOP takes up the mantle.  And stands up – to lead New Yorkers out from under Cuomo’s heinous, fake-energy, cronyism-infested Leftism.

And in so doing, serve as a visual aid for weak-and-wobbly Republicans everywhere.