In case you missed it, ABC recently cancelled Tim Allen’s “Last Man Standing” show after completing its sixth season.  But why?

After all, it was the second highest-rated show on the entire network, pulling in over 8 million viewers this season, with only “Modern Family” beating it in the ratings.

So if it wasn’t the popularity of the show that resulted in the cancellation, what could possibly explain what appears to be a bone-headed decision?

Well, to start with, Allen’s character is a conservative father. Strike One.

And ABC is owned by The Walt Disney Company, whose CEO, Bob Iger, is said to be considering a run against Trump as a Democrat in 2020.

P.S.  An appellate court in Kentucky last Friday ruled that the Christian owner of a print shop did not have to print gay pride t-shirts for a local festival.  Good.

However, refusals to bake cakes or take photographs for gay weddings continue to be illegal.  Bad.

Private business owners should be able to establish their own policy that declares simply, “We reserve the right to refuse service to anyone for any reason.”  ANYONE.  ANY REASON.  Period.

P.P.S.  So “historically black” Texas Southern University cancelled a commencement address by U.S. John Cornyn over the weekend after student “snowflakes” demanded he be axed because of his support for cutting off funding to sanctuary cities and requiring a photo ID to vote.

“This is our graduation,” whimpered spoiled, cry-baby students in an online petition.  “We have the right to decide if we want to refuse to sit and listen to the words of a politician who chooses to use his political power in ways that continually harm marginalized and oppressed people.”

Gee, I wonder why Republicans don’t do more outreach to the black community?

Do you believe in coincidences?  Especially in politics?

Neither does Las Vegas Review-Journal columnist Victor Joecks, especially over the effort by Gaming Control Board Chairman A.G. Burnett to “set up” unannounced Republican gubernatorial candidate Adam Laxalt, Nevada’s sitting attorney general, by secretly recording a conversation in a private meeting the pair had over a year ago.

You can read Victor’s column on this kerfuffle by clicking here.

Burnette turned the recording over to the FBI, which determined that nothing illegal had been done or said by Laxalt.

As such, Burnette claims he “moved on” from the attempted political hit job until “somebody” (gee, I wonder who?) leaked information about the incident to the press.

And yet, Burnette continues to play footsies with Democrats in the Nevada Legislature, who are now launching Kefauver-like hearings on the “Laxalt Tapes” despite the fact that the session is almost over and, um, the FBI, which actually investigates “Public Corruption” crimes for a living, has already investigated and found there was no “there” there.

Now, about those coincidences.  Here’s another one…

We’re talking about a conversation between the state’s Attorney General and the state’s Chairman of the Gaming Control Board that was related to what has been described as an “urgent” matter involving one of the top gaming executives in the galaxy.

But despite how busy both men are, that conversation didn’t take place over the phone.  Why not?

Could it be that, by law, in order for Burnette to record Laxalt in a phone conversation he would need either Laxalt’s permission or a court order to do so secretly?

Could it be that, again by law, in order for Burnette to record Laxalt on government property he would need either Laxalt’s permission or a court order to do so secretly?  Hmm.

Instead, if I understand what happened correctly, Burnette asked Laxalt to pick him up from a car dealership in Reno and take him to a coffee shop for a meeting on private property where he could legally record the in-person conversation secretly without Laxalt’s knowledge.

Am I the only one who smells something fishy here on Burnette’s part?

There should be an investigation on all this, alright.

But the investigation should be on Burnette’s actions and motivations, not Laxalt’s! 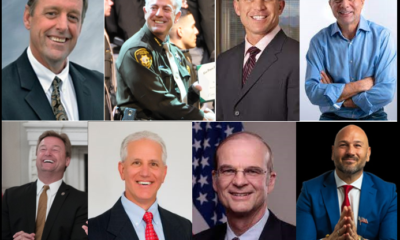