Nevada politician in custody for alleged killing of journalist 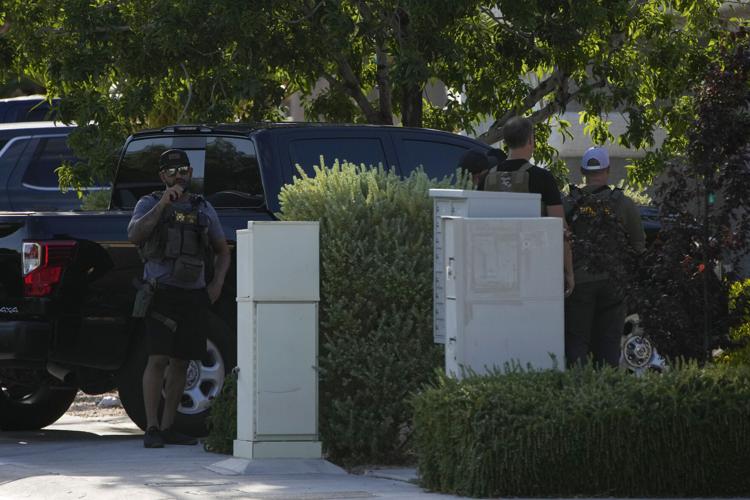 (Cole Lauterbach) – A Clark County politician is in police custody for allegedly stabbing to death an investigative journalist largely credited with the Democrat’s primary loss.

Las Vegas Police announced Wednesday night they had taken a suspect into custody in connection to the stabbing death of Las Vegas Review-Journal investigative reporter Jeff German. Multiple reporters were on the scene when police entered the home of Clark County Public Administrator Robert Telles, taking him out on a stretcher for suspicion of German’s murder.

Clark County Sheriff Joe Lombardo confirmed to the Review-Journal Telles was the suspect of interest in the investigation into German’s death.

On the morning of Sept. 3, LVPD found a man later confirmed to be German unresponsive outside of a home. Police said they were searching for a red GMC Yukon, of which video from outside of Telles’ home showed him standing next to an SUV matching that description.

“We take this case very seriously and our investigators have been working non-stop to identify and apprehend the suspect,” said LVPD Captain Dori Koren in a news release. “We enacted our Major Case Protocol immediately following our initial response and are using all LVMPD resources to maximize the progress of this investigation.”

German, a veteran investigative journalist, had uncovered a hostile work environment under Telles, which was made worse by a relationship the 45-year-old Democrat had been conducting with a woman at his office. The stories, published earlier this year, are widely seen as the reason for his third-place finish in the state’s June primary election for Clark County administrator.