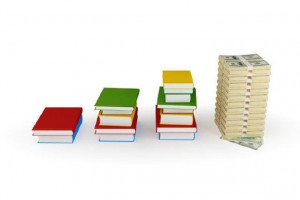 (Sean Whaley/Nevada News Bureau) – Nevada is out of the running for next round of federal Race to the Top-Early Learning Challenge funds to improve early childhood education.

Nevada submitted its application in November 2011.

The U.S. Departments of Education and Health and Human Services announced today that $133 million from the 2012 Race to the Top fund will be available for continued investments in state-level, comprehensive early education reform.

The agencies have invited the next five applicants from the Fiscal Year 2011 slate – Colorado, Illinois, New Mexico, Oregon, and Wisconsin – to apply for a share of the funds.

“The Race to the Top-Early Learning Challenge has demonstrated the dedication among states and early education and child development experts to raise the bar on early learning,” said U.S. Secretary of Education Arne Duncan. “Continuing to support states with 2012 funding will help build on the momentum from the 2011 competition, and engage more states in furthering their critical work to transition effective early learning programs into systems of excellence.”

In 2011, 35 states, Washington, DC, and Puerto Rico applied to Race to the Top-Early Learning Challenge, creating plans that increase access to high-quality programs for children from low-income families, and provide more children from birth to age 5 with a strong foundation needed to succeed in school and beyond. In December 2011, nine states were awarded grants: California, Delaware, Maryland, Massachusetts, Minnesota, North Carolina, Ohio, Rhode Island and Washington.

Eligibility for 2012 Race to the Top-Early Learning Challenge funding was based on the strength of applications among states that participated but did not receive awards in the 2011 competition. New Mexico, Colorado, Oregon, Illinois and Wisconsin each earned approximately 75 percent or more of total points possible on a 300-point scale in the 2011 competition. The five states will each be eligible to apply for up to 50 percent of last year’s potential award amount.

Nevada also missed out on race to the top funding for its public education system in 2010.

N&V StaffSeptember 29, 2022
Read More
Scroll for more
Tap
Nearly 1,000 Nevada Public Employees Earn $200K
Madison on ObamaCare: ‘If the Laws Be So Voluminous That They Cannot Be Read’