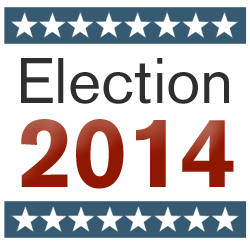 The other two candidates named in the survey were Republican Las Vegas City Councilman Bob Beers and former Republican state Sen. Sue Lowden. In the survey, Lowden received 43.73% of the vote, followed by Beers with 29.54% and then Hutchison with 26.73%. The survey has a margin of error of plus/minus 5%.

A second follow-up call was made July 22-25, 2013 to only those who indicated support for Hutchison in the first survey. In that call, respondents were asked if they’d still vote for Hutchison if they knew he had voted for the $620 million “sunset” tax extension, as well as if they’d still vote for him if they knew he had voted to extend drivers licenses to persons in the country illegally.

The statewide automated survey was conducted by Political Marketing International for Nevada News & Views, an online news publication of Citizen Outreach. PMI is an independent public opinion research firm using automated polling methodology and procedures which has done extensive work in Nevada and around the country for over a dozen years.