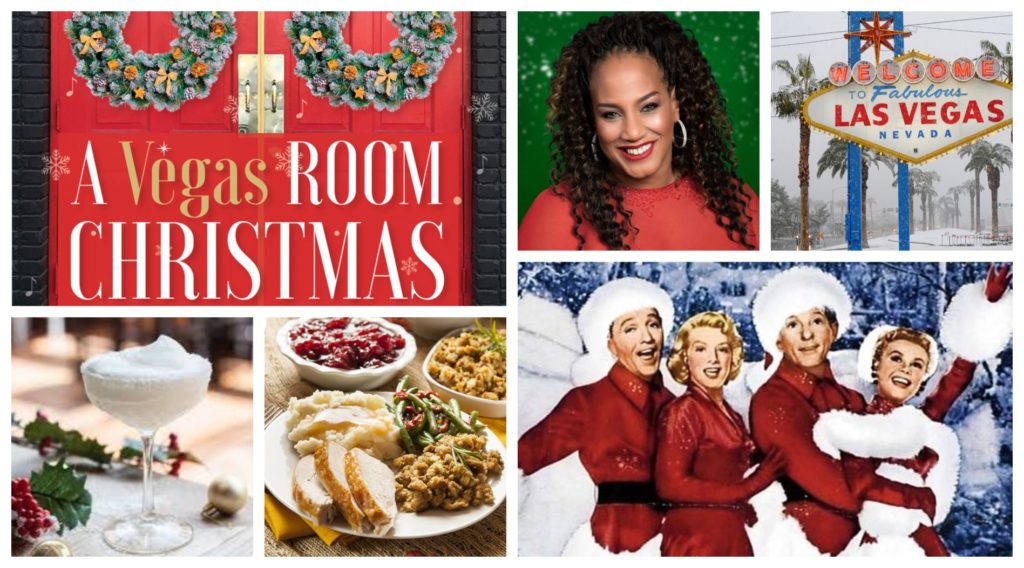 (Chuck Muth) – Despite Nevada Gov. Scrooge McGrinch’s best efforts to put a lump of coal in every Nevadan’s stocking this year, the Christmas show must go on.

“Looking for the perfect way to celebrate the holiday season, complete with a delicious handcrafted six-course Holiday Feast, incredible performers, beautiful live music and even a dessert that snows? Look no further. You’ve found it.

“Enter the Red Doors of The Vegas Room and you’ll be swept into a magical world of holiday delight!

“A Vegas Room Christmas will feature complimentary entertainment by weekly rotating casts of some of Las Vegas’ most talented singers, two professional dancers and a treasure trove of music from one of the best songwriters of all time, Irving Berlin, and his holiday classic from both stage and screen, White Christmas.”

The Vegas Room “is a new, intimate and elegant venue created in the style of Old Vegas supper clubs.”  Its slogan: “If the combination of great food and great music are your thing, boy are you gonna be happy!”

“As per state regulation, attendance will be capped at 25% of fire capacity, parties will be limited to a maximum of four per table, and the continuation of strict COVID protocols will be followed at all times.”

For more information or to make reservations, click here

Mark Skousen, host for the annual FreedomFest conference in Las Vegas, announced on Thursday that he’s moving his event to a more friendly environ next year.  From his announcement…

“After going through the painful process of cancelling FreedomFest in 2020, and with so many governors in so many nanny states imposing new shutdowns and curfews at the drop of a cough, we knew we could not trust Nevada’s Governor Steve Sisolak or the hoteliers at his mercy to host FreedomFest again until COVID-19 is well behind us.

“So we’re moving to the state with the most liberty-minded governor in the nation, the state that never shut down this year, the state that hosted nearly half a million bikers in August with a scant .09% infection rate, the state that values freedom over fear: South Dakota, ‘the land of the free and the home of the brave.’

“And Governor Kristi Noem herself will welcome us to her great state.”

Indeed, aside from President Trump, Gov. Noem is the Republican politician the fake news media fears most these days.  She refuses to embrace the failed shutdown policies of other governors (hello, Sisolak!) and hasn’t been afraid to say so.

As such, the long knives are out.  Watch your back, Guv.

Getting a kick out of Democrat Marc Elias’ bragging about GOP election challenges.  Recently he wrote on Twitter: “We are still waiting for Trump’s 50th post election court defeat. He and his allies remain at 1-49.”

This is the difference between a political hack and an entrepreneur.

Remember what Thomas Edison said about inventing the lightbulb?  “I have not failed,” he explained.  “I’ve just found 10,000 ways that won’t work.”

The only way you truly fail in the real world is if you quit.  Trump ain’t quitting.  Neither are his millions of supporters.

If Biden, the fake news media and Big Tech succeed in stealing the 2020 election and expect Trump Nation to simply go quietly into that good night, they’re sorely mistaken.  Payback’s a bee-atch.

Who Lost Nevada for Trump?

For the last two years or so we’ve been inundated by Trump campaign managers in Nevada bragging about how many doors they’ve knocked.  Millions, we were told.

But if so, then why are we only now, AFTER the election, finding out about all the dead people, illegal aliens and people who don’t live in Nevada voting?  Why weren’t these grassroots volunteers busy verifying the voter lists and identifying ineligible voters BEFORE election day?

Don’t blame the door-knockers.  Blame the Team Trump top brass for this one.  Asleep at the switch.

I missed this a couple weeks ago, but here’s what appears to be yet another example of Gov. Sisolak’s politicization of the ‘rona…

How in the heck do you “socially distance” yourself from a power forward elbowing for position under the basket?  This is stupidity writ large.

The Republican Assembly Caucus tweeted on Tuesday: “We have ended the Dem supermajority. We will stop their tax increases and bring real solutions to the #nvleg.”

The 15 members of the caucus can’t even unite to issue opposition to a pair of proposed tax hikes by the teachers’ union that would jack up taxes by some $1.3 billion.  To date, only Assemblywoman Annie Black, Assemblyman Jim Wheeler and Assemblyman John Ellison have publicly declared their opposition to the union’s tax rip-off.

And for the record, the caucus didn’t end the Democrats’ super-majority.  Three conservative Republican candidates who were NOT endorsed by the caucus in their primaries won anyway and took the GOP out of super-minority status.

“It seems to me that Trump has significantly more support now than before election. All the people who voted for him, plus masses waking up to endless lockdowns and government overreach.” – Dave Rubin

“With just one executive order, almost all of California has fallen under a draconian set of ‘stay-at-home’ orders shuttering or severely limiting retailers. Stores other than those selling groceries must operate at 20 percent capacity. Many won’t be able to survive.  Store owners in other states are also in danger of going under.” – Stephen Moore

“What’s been happening at DETR these past 9+ months is, indeed, ‘insane,’ and among the most colossal gov’t failures we’ve ever witnessed.” – NPRI’s Daniel Honchariw