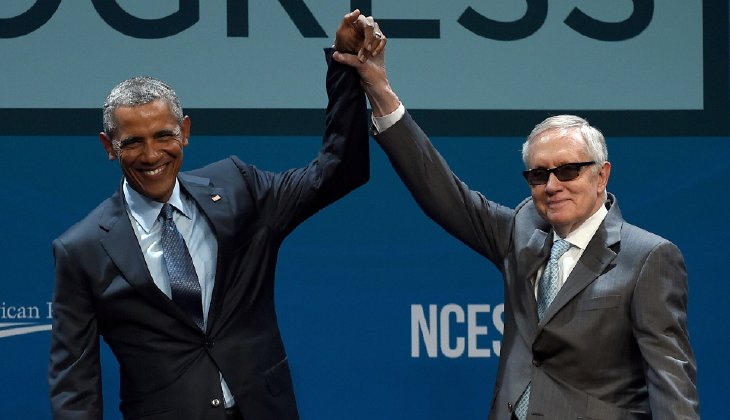 The crowd cheered the President’s toast to their taxpayer-provided profits, and soon Obama headed off to a $33,000-a-head fundraiser at the mansion of the billionaire owner of the local newspaper.

You, the taxpayer, paid for Obama’s flight to Vegas. This is what Hope and Change looks like seven years after Obama accepted the Democratic nomination.

Obama was the keynote speaker at the National Clean Energy Summit, an annual confab organized by outgoing Senate Minority Leader Harry Reid — which tells you a lot about the nature of the event. A big theme at the conference, and in media coverage of Obama’s talk, was that it’s not merely “tree-huggers” who like green-energy regulations and subsidies, but also corporations.

He’s got a point. K Street firms, giant corporations and industry lobby groups sponsored the conference. One sponsor, at the “Gigawatt Level,” is Cassidy & Associates, a storied K Street firm that made its name pioneering as earmark lobbyists.